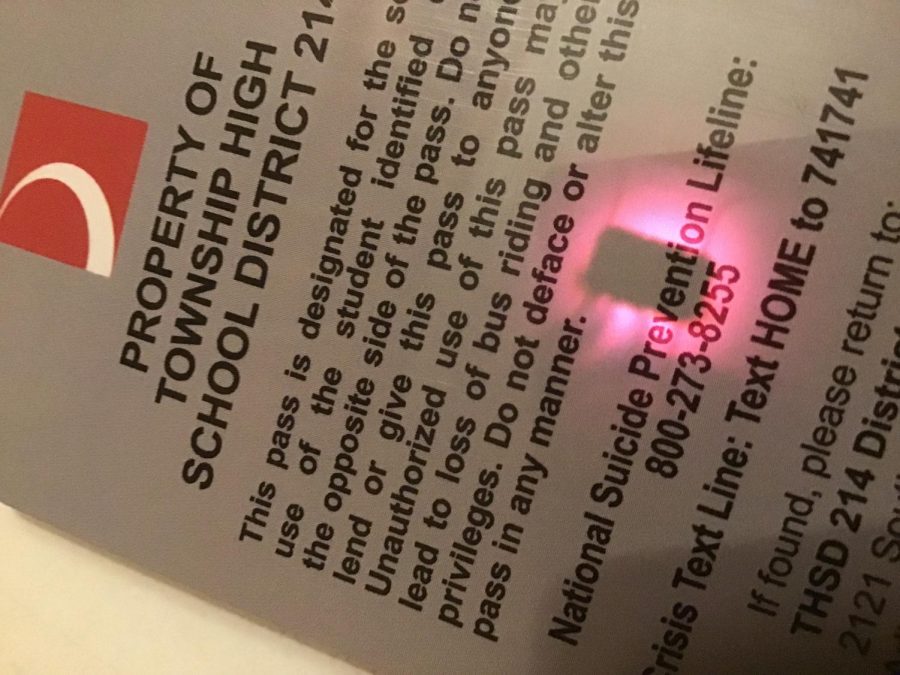 All Prospect students received new student IDs last week during their English classes. These IDs, in addition to sporting a new design, also contain a small RFID (Radio Frequency Identification) chip inside them, according to Principal Greg Minter.

These chips were added to IDs, Minter explains, as a part of a system that, while not operational yet, is meant to make the bus pickup process more convenient for both students and administrators.

The RFID chip in the IDs can be scanned on school buses in order to ensure that students are on the correct bus route, hopefully helping to diminish problems with overcrowding.

Additionally, scanning the ID lets the district know which students are on the bus in case of an accident. Previously, Minter says, the school only knew which students had permission to ride the bus, rather than those actually riding the bus that day. This sometimes created undue panic or alarm, something the new system can hope to offset.

The new IDs also have the potential to streamline aspects of the pickup process for many students. Students and parents can use a smartphone to access information about the bus, such as estimated pickup times or delays.

“If you ride a city bus, … on your phone you can track when the next one’s coming when you’re standing there,” Minter said. “ … The district was hoping to try to modernize this form of transportation for students.”

Minter believes that this system will be especially beneficial on days with extreme temperatures, as students will not be forced to wait for long periods in the cold if they have an app to notify them of delays.

The system is not in place currently, and Minter believes that students may have to wait until next school year to take advantage of its benefits, as buses will likely be updated with the proper technology over the summer.

Minter also recognizes that many students were wary of the IDs initially upon discovery of the RFID chip, but he asserts that there is no ill intent whatsoever behind the decision.

“It’s a very low-tech thing,” Minter said. “It has no ability to track anybody, anywhere … And I think that the students who are thinking that that might be the case are really not thinking … this through very well.”