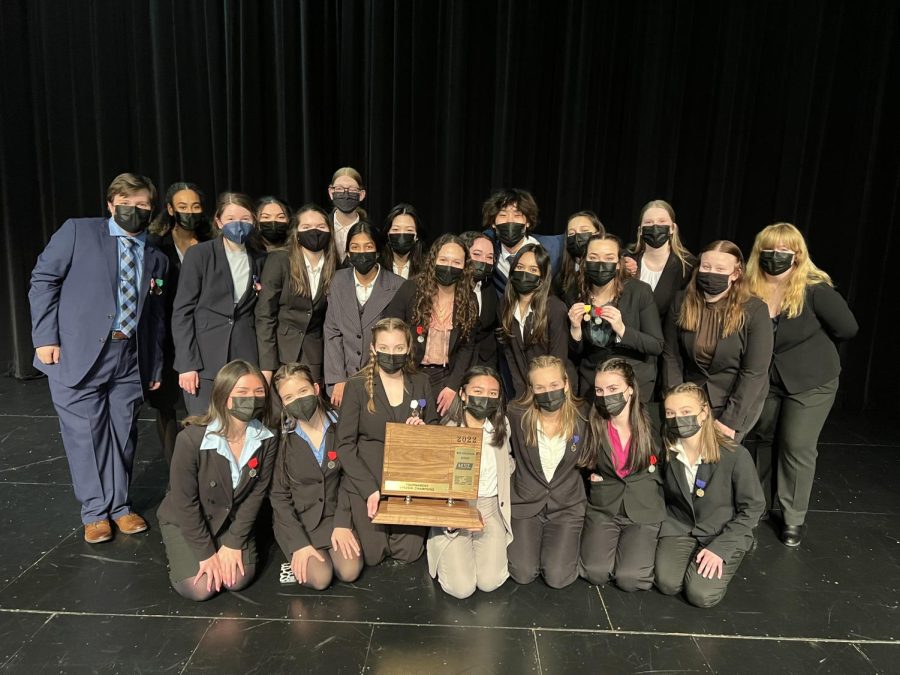 Speech Takes the MSL, Regionals Up Next

Saturday, Jan. 29, marks the date when the speech team won conference again under coaching from Michael Piccoli. This is normally a huge win. But the speech team is used to this and because of this, it gave them the confidence to blow their opponents out of the water. Even if it was tiring to practice and ensure their victory.

“It was honestly pretty tiring because you have to wake up really early,” speech team member Maya Kusalovic said. “It’s also kind of annoying that you can’t have your full Saturday, but other than that, it is a fun experience.”

Weeks leading up to conference, the speech team was preparing really hard to defeat their opponents. Piccoli says his students usually practice on their own and then, once they are ready, they practice by showing and telling him. Kusalovic says it really helps when you “practice with the coach, by yourself, and your teammates too.”

“Its always great to win but … my main focus is that they are doing their best… and I think that is the value of speech … that part has to come first,” Piccoli said.

The team was really happy about this win and plan on carrying this energy with them to regionals. Piccoli explains that there is a certain amount of players that can compete at regionals.

“Coming up with this big win, we have to cut half our team. That is a challenge … so it will be hard to carry on that energy for regionals,” Piccoli said.

The team will hope to overcome this hardship in the near future when they compete for regionals.

“Honestly, the kids were working really hard … What makes me proud is that the kids work hard and they try to connect to whatever speech they are giving … and trying to share their story,” Piccoli said.