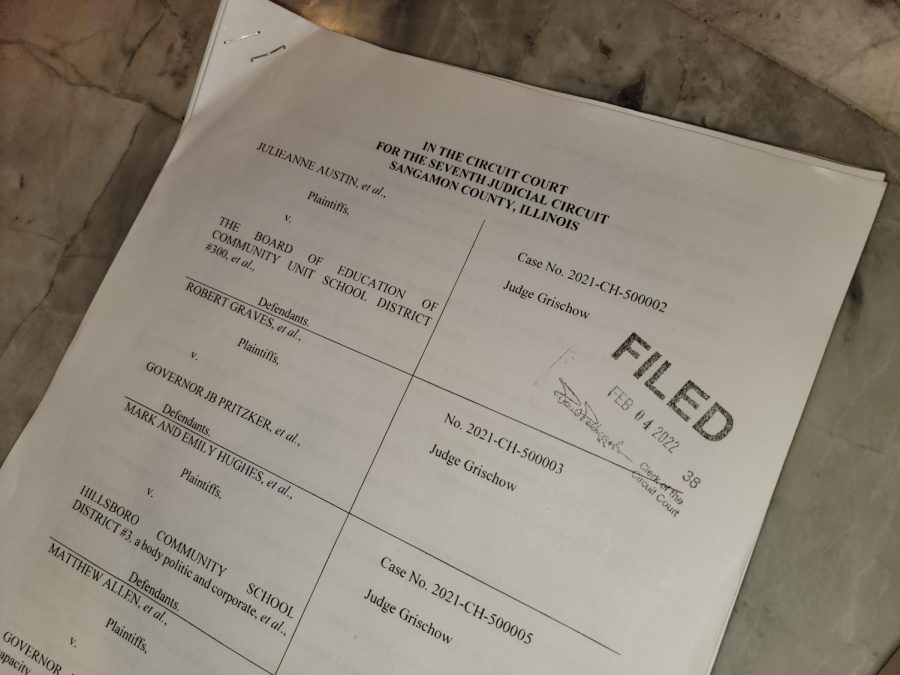 On Monday, Feb. 7, many students and staff members walked into Prospect without a mask for the first time in nearly two years. The signs that used to state that masks were required now read encouraged.

This temporary restraining order was requested by plaintiffs named in the suit they filed against over 140 Illinois school districts. Many districts named in the suit like Algonquin District 300, however, are only allowing applying the commands in the order to the students named in the case. District 214 instead removed their mask and close-contact quarantine requirements for all students and staff.

The reason for the differentiation between school district policies despite the same court order being issued against them is due to whether the district established a mask-wearing policy before a certain date in August. Principal Greg Minter acknowledges that the wording of the order is ambiguous, and AP Government and Politics teacher Tim Beishir speculates that current district level rules are due to different interpretations of that wording.

Beishir says he wishes people know that this wasn’t a public health decision; this case is about due process rights.

Adding onto this legal quagmire, Governor J.B. Pritzker announced that mask mandates will be lifted on Feb. 28, but schools will be an exception to that.

Minter noted that everything is very fluid right now in terms of policy creation, amending and eliminating, so he did not have a strong expectation as to how students would react coming to school earlier this week. He said that regardless of people’s decisions to wear a mask or not, he wants individuals to be respectful of one another.

“The last thing we would need is really disruptive behavior in any way because … it’s been our priority all along to continue with school and keep things moving in a positive way,” Minter said.

While D214 does not require masks, it strongly encourages them. Minter said that some families have reached out to him with concerns about their students being in school at this time, and he said they are welcome to excuse them from school, but it’s essentially a sick day.

“I wish there was more that I could do about it, but it’s not really in my control,” Minter said.