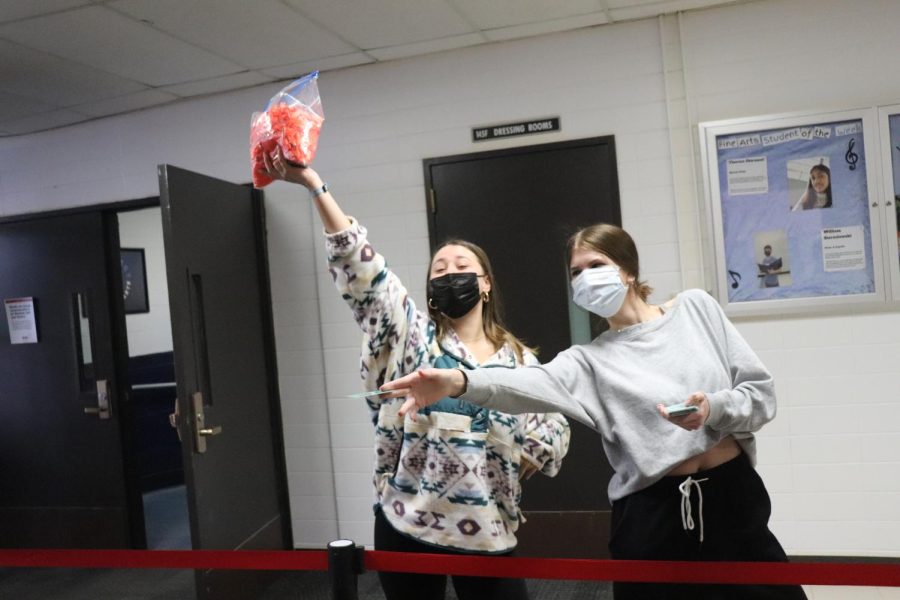 Orange ribbons scattered around the hallways, and were found pinned on clothes, backpacks and even over hearts this week. These ribbons represent teen dating violence awareness and were passed out by students in knights for consent club on Wednesday morning, a day that stood for relationship boundaries.

Physical education teacher and knights for consent sponsor Carrie Black has been reflecting on this week and the way club members have reached out in order to raise awareness.

“I think … the support of our student body has been … amazing,” Black said. “To see … kids donate, and to see all the staff wearing the ribbons, and asking for ribbons and trying to get involved in different ways; the support of the school has been huge.”

This week at prospect is teen dating violence awareness week, and this month stands for teen dating violence awareness and prevention everywhere. Informational posters were put on school walls on Tuesday, further defining the issue’s physical form. Coloring book pages were given out during lunch periods on Thursday which showcased statements including “I believe survivors” surrounded by butterflies and flowers, and ‘Your voice has power,” “You are believed,” “You are not alone” and “Survivors are brave” standing next to a raised hand that says “#metoo.” There is currently a class donation competition to raise money for the Northwest Center Against Sexual Assault, which provides many services including free counseling for survivors and their loved ones, a hotline and medical and legal advocacy. On Friday, orange will be worn to raise awareness for teen dating violence. With the help of knights for consent this week, over $500 dollars has been raised so far.

Black views the club’s purpose as giving resources to people in need in order to spread awareness of sexual consent and assault. She wants people to know that there is a place if they want to involve themselves in spreading awareness.

“I think it’s been … amazing seeing students that don’t normally have … a huge role in school, in different aspects or sports or things, but they’re able to take ownership, and they’re doing such a good job with it stepping outside their comfort zone … and just running with it,” Black said.

Senior and knights for consent leader Allie Winkler thinks that speaking up about teen dating violence in a school environment develops contagious participation.

“Because we’ve kind of formed it into almost a spirit week … it’s more normal for kids to participate in,” Winkler said. “So, we’re just trying to normalize … talking about sexual violence in general, because there are so many aspects about it to talk about.”

Winkler thinks it is so important to educate people about the signs of teen dating violence in order for individuals to recognize abuse. Having each day of the week stand for a different meaning related to teen dating violence is an effort to dismiss the taboo surrounding the topic in Winkler’s eyes. Monday was bystander prevention day, Tuesday stood for myths and narratives, Thursday honors survivors, and Friday is about showing support.

“It’s just all about education, because sometimes a lot of these kids don’t even realize that the person that they’re with is an abuser or that they have signs of becoming an abuser in later life,” Winkler said. “So, if we just recognize those signs, we can prevent other things from happening as well.”

Resource officer and knights for consent sponsor Lisa Schaps thinks that starting to talk about consent far more openly and being able to vocalize it is a big step in normalizing the issue of teen dating violence. She wants the long term effect of this cause to be that people understand consent and listen to it.

Winkler agrees with reaching out, saying that survivors talking about what happened to them does not have to look one certain way. She recommends reporting what happened even to a therapist. She recognizes the link to mental health help and teen dating violence and thinks vocalizing the issue can help survivors mentally.

“I like the word empowerment when I think about sexual assault; I dont like to think about like the word victim either,” Winkler said. “… To me any person who has ever gone through an experience of sexual violence is a survior … you’ve had to deal with … the most horrible mental turmoil that … a person can experience and you’ve made it out the other end.”

Even after this month’s end, knights for consent will be carrying on awareness. April is sexual assault awareness month and club memebers are considering selling t-shirts and making a podcast related to the cause. Knights for consent also plans to eventually put out a survey to see the rate of sexual violence at prospect alone, further defining the issue’s importance around the globe. Winkler think that it would be good for faculty to see just how prevalent the issue of sexual assault is.

“I’m so happy that we’re here, because we need something like this; I think every single school needs something like this to normalize conversations like this,” Winkler said. “Because after making this club and just … walking in the school everyday, I feel like I’m in a safer environment.” 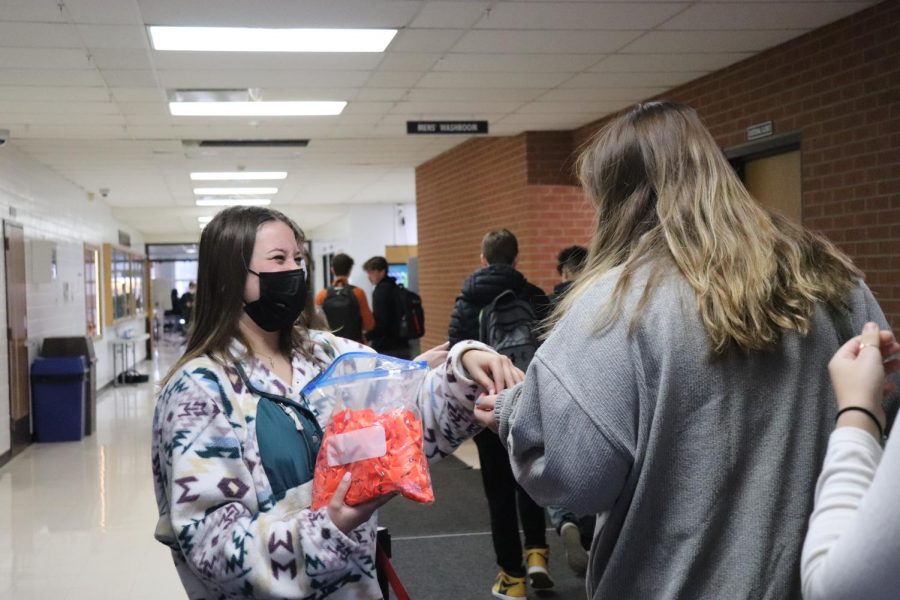