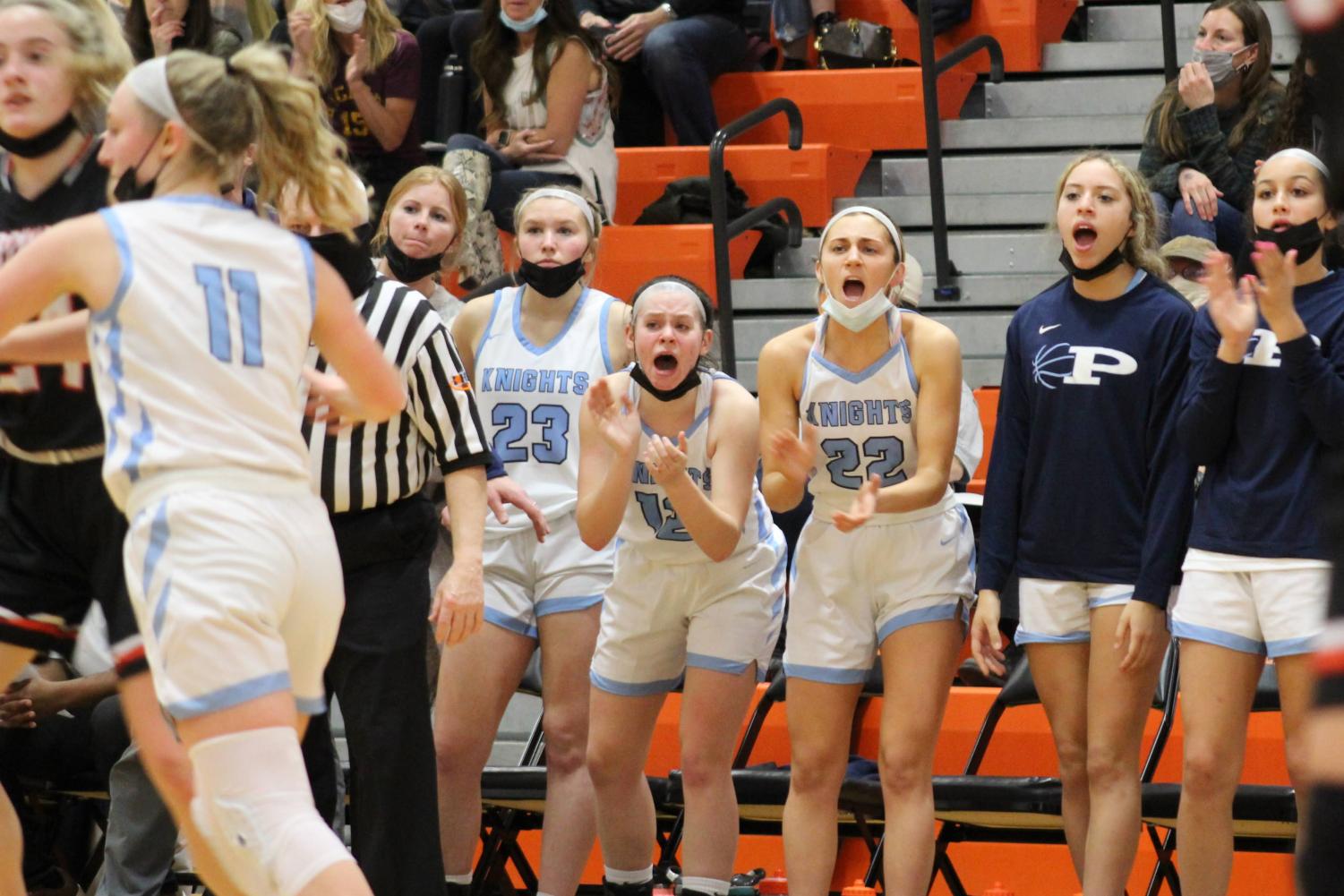 Emotions Strong After Girls’ Basketball Final Game of the Season

The 2022 girls basketball season came to an end for the Knights on February 18th after losing to Libertyville in the regional championship game. With a team that celebrated ten seniors on senior night, the final game of the season became a very emotional one.
“It really hit me when Summer Srodulski got subbed out of the game because…we always talked about how we never wanted the season to end,” Senior player Emily Skoog said. “As soon as she came off the court and onto the bench with me, we both just started crying and I think that’s just like when it hit me that all of it was over,”
Many of the girls have been playing together since middle school, and leaving that all behind was very difficult for them.
“I think the more time that we spent together, [the] closer we all got which made it harder to separate after the season ended,” Skoog said.
Skoog explained that at the end of the game, head coach Matt Weber thanked the team for trusting him, and for believing in him and his new methods. In only his second year as head coach of the varsity program at Prospect, Matt Weber was named the MSL East coach of the year.
“I think he definitely turned around our program, especially on the defensive end.” Skoog said.
In addition to Weber’s recognition, the Knights had three all-conference players: Andie Will, Summer Srodulski and Macy Zei. Other highlights from the season included Prospect taking the MSL East title. For the first time since 2014, the girls’ team won the division. Senior guard Andie Will also broke the MSL East record for Free Throw Percentage with 93.3%.
Prospect finished their season with a winning record of 22-8 and hope to rebuild and have another strong season next year, even after graduating so many seniors. 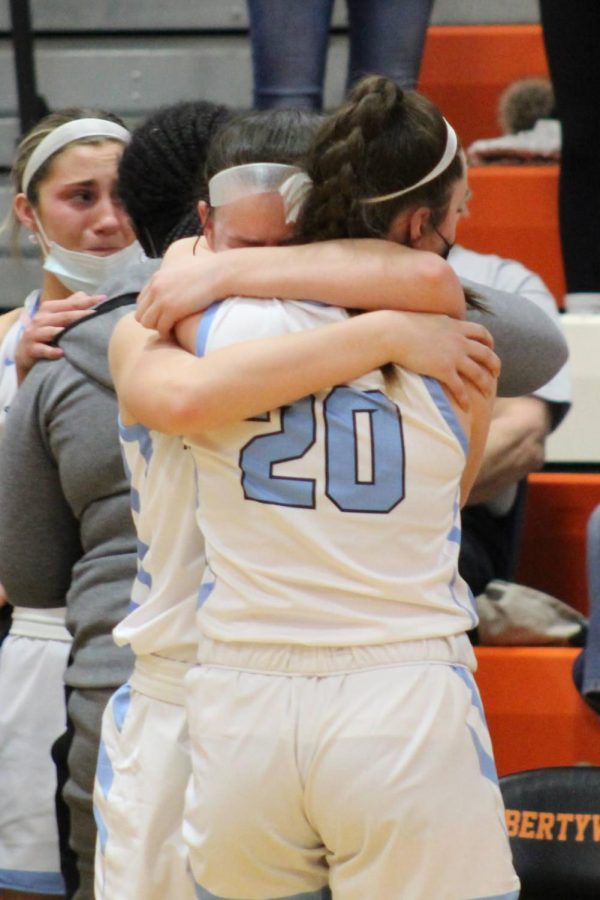 Gallery|12 Photos
KK Keehn and Molly Gilhooly hug at the end of the game.
View Comments (1)