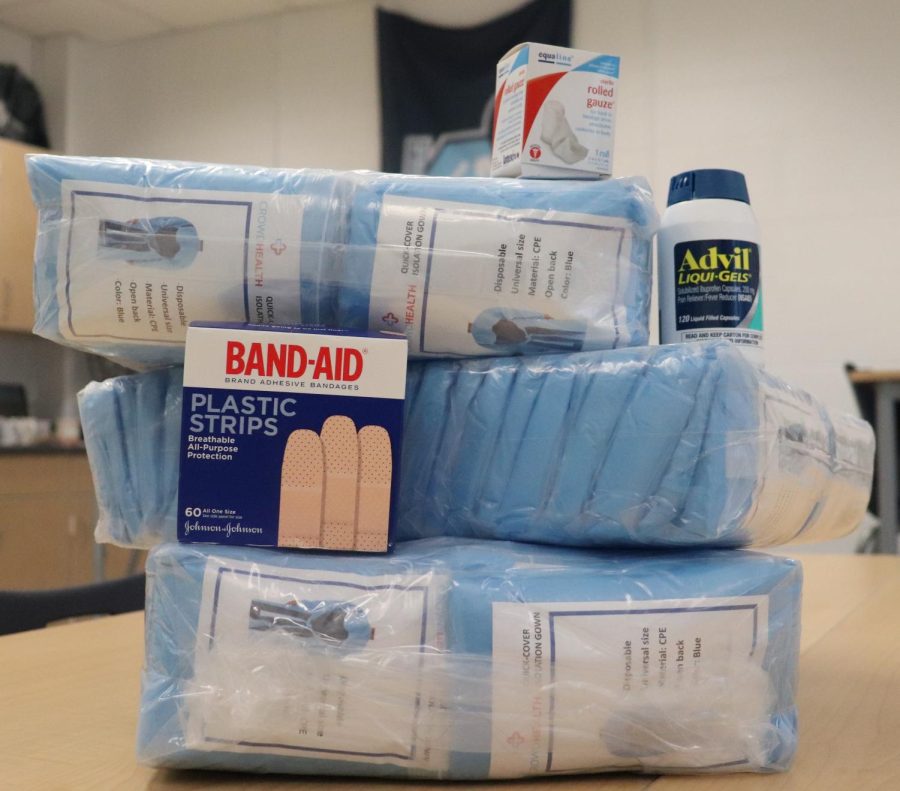 As psychology teacher Emily Snyder was looking at pictures of more than 100,000 Ukrainians fleeing to Poland after Russia had invaded, she was horrified. While she saw the pictures of mothers with their children and parents walking nine miles in the dead of winter to the Polish border, she saw herself, a mother willing to do anything to protect the people that she loves the most.

The heartache of seeing those pictures impacted Snyder, who felt the urge to help. That week, while driving past the Ukrainian center in Palatine acting on her urge to help, she stopped after seeing a new sign that simply read “stop” and asked if there was anything that she could do.

“I just was heartbroken when I saw it, and … I pass that Ukrainian center every single day. I’m just going to stop, let’s see what I can do,” Snyder said.

Due to a conversation Snyder had with a worker at the center, there is a medical supply drive at Prospect happening from Feb. 28 through Mar. 4 that Snyder has organized. The center is asking to bring the supplies as soon as possible before Russia takes over Kyiv; if this happens, supplies cannot be accepted in the capital any longer. Anyone who would like to help can drop off the varying supplies items listed below to room 101.

When Snyder entered the center, she mentioned to a worker that she lived down the street. The worker told Snyder that she could donate money and that the center was having a medical supply drive. Snyder, aware of her job’s potential to help the situation on a larger scale, told the woman at the center that she might be able to bring in a lot of supplies.

The worker asked Snyder what her ties were to the region, and she voiced that even though she did not have any ties, she thought the situation was awful, so she wanted to help. The worker started sobbing when she realized Snyder was American, and she asked if she could give Snyder a hug in return. The worker mentioned how the response from Americans has been overwhelmingly positive in her eyes.

“The list is pretty long and extensive. It’s sad to see how many different medical supplies they’re asking for because they’re even asking for things like catheters, certain kinds of needles that they’re hoping to be able to send over or supplies are going to be so limited,” Snyder said.

Even without access to more specified items on the list, any item that you can provide is greatly appreciated. The supplies will be dropped off at the Ukraine Center Saturday morning. If you have any questions, you can email [email protected], or you can find her in room 101. If you forget to bring the supplies tomorrow,you can drop them off at the Ukrainian Center in Palatine (136 East Illinois Avenue) from 9 a.m. to 1 p.m. on Saturday, Mar. 5 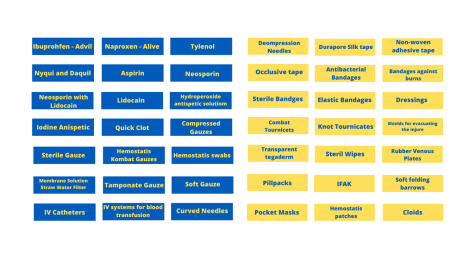