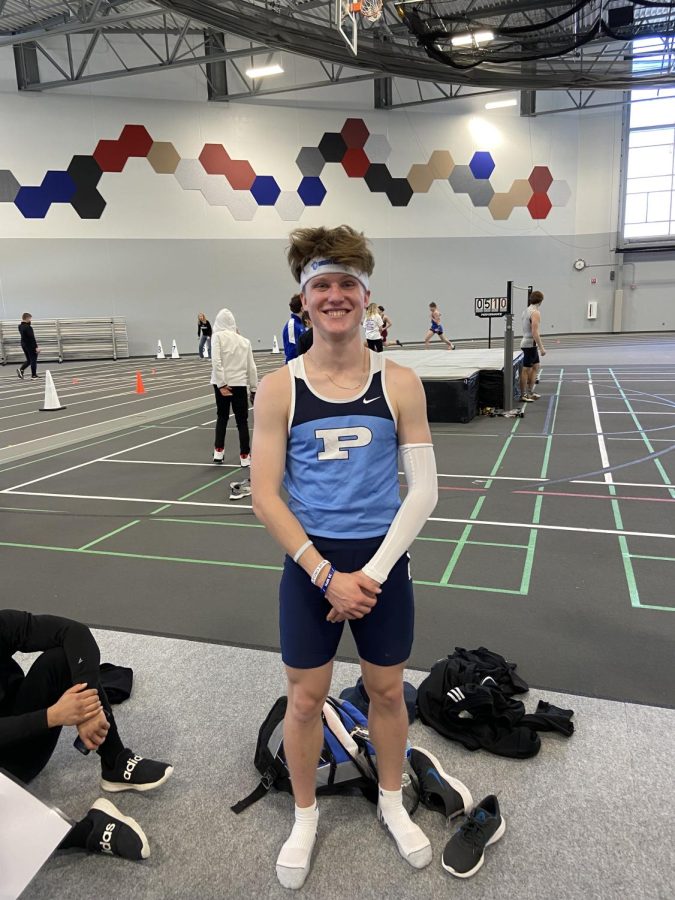 Going into his junior year, track and field runner Dominik Balenda planned on doing whatever it took to allow himself to be the best 400 meter runner in Illinois. While he is currently ranked second in state, Balenda has started by setting the record for the best 400 meter time for indoor track in Prospect history. At the Clash of Champions indoor track meet on Feb. 26, Balenda broke former prospect runner and current Olympian David Kendziera’s 400 time by 1.35 seconds. The junior ran the 400 in 50.42 seconds, over Kendziera’s 51.77. For Balenda, this is just the beginning.

“It’s one milestone on a really long journey,” Balenda said.

He explained that the most important thing for him is to get to state and place as a team. On a personal level, Balenda believes he is capable of bringing his time down even further.

“If I keep putting in the work at practice on and off the track, I feel like I have great potential to beat this record even more,” Balenda said.