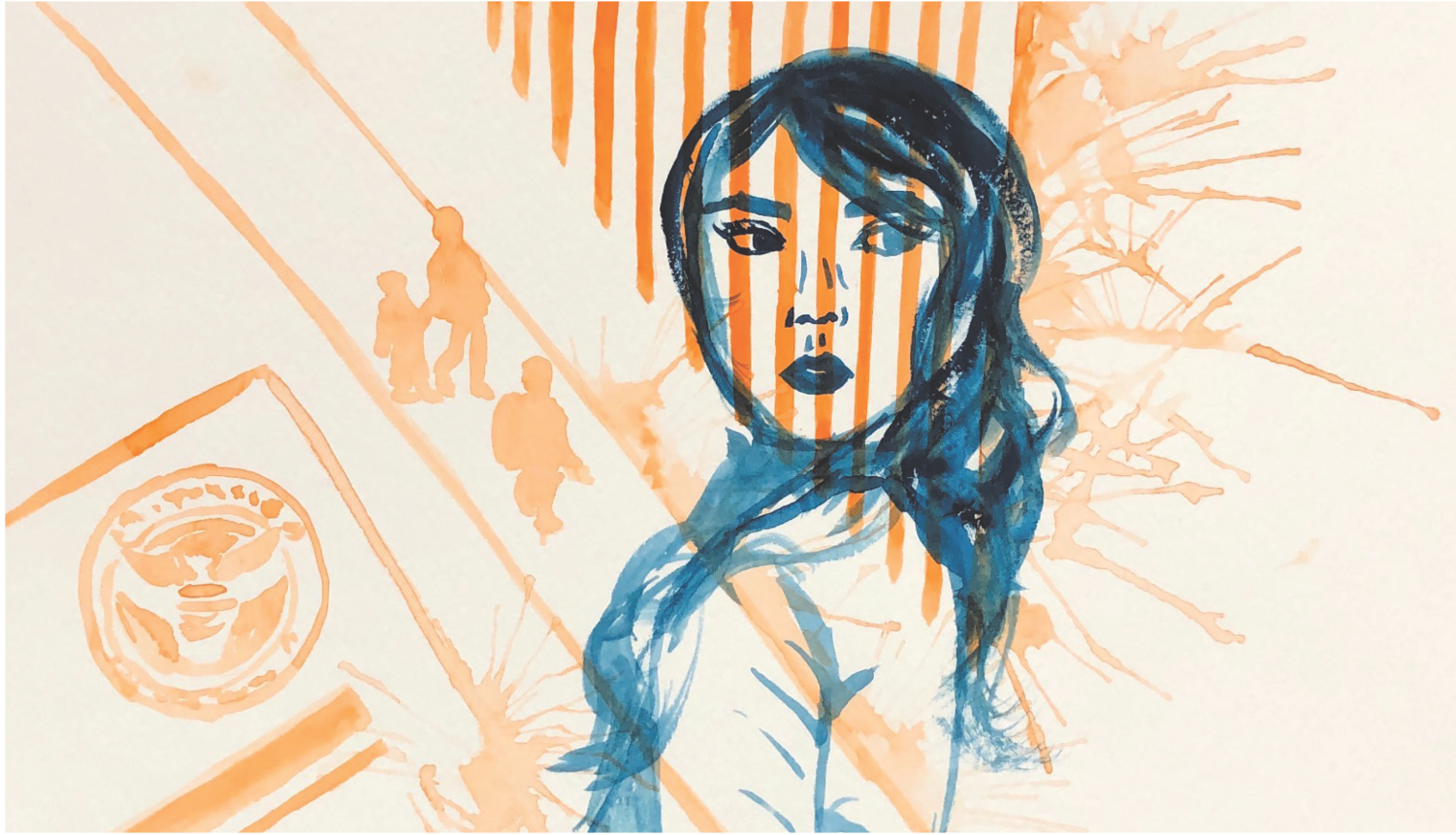 DREAMER: A Mexican immigrant looks towards the future with hope of new opportunities. Although attempts were made to repeal Deferred Action for Childhood Arrivals (DACA) in the previous presidential administration, the system still stands as more immigrants are seeking a better life in the U.S. “I think [immigration] is the fabric of this nation,” Spanish teacher Ryan Schultz said. (Ondine Cella)

DREAMER: A Mexican immigrant looks towards the future with hope of new opportunities. Although attempts were made to repeal Deferred Action for Childhood Arrivals (DACA) in the previous presidential administration, the system still stands as more immigrants are seeking a better life in the U.S. “I think [immigration] is the fabric of this nation,” Spanish teacher Ryan Schultz said.

When sophomore *Maria Villanueva turned 15, she planned on taking driver education and completing all the steps to get her permit and later her driver’s license like many other teens were doing. The only obstacle standing in her way was paper — missing papers to be more precise.

Her parents refused to let her enter the process of recieving a license because they figured that she wouldn’t have the right documentation to get the license as an undocumented immigrant from Mexico. Even though she researched if she could, her parents still told her she couldn’t out of the fear of being deported.

Villanueva is currently trying to get documentation through Deferred Action for Childhood Arrivals (DACA), which enables certain people who immigrated illegally as children to avoid deportation and be allowed to seek work in the U.S.

Since its start in 2012, DACA has helped over 800,000 children stay in the U.S. with their families. Villanueva is currently four months into the six month process of trying to receive documentation.

Even though President Donald Trump’s Administration made numerous unsuccessful attempts to end DACA, President Joe Biden shared in his first joint address to Congress that he hoped to focus on protecting DREAMers (young undocumented immigrants) and farm workers who already immigrated. 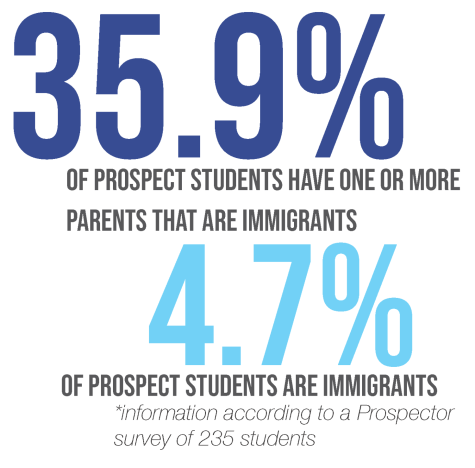 At the southern border, U.S. Customs and Border Protection (CBP) encountered over 170,000 migrants just in March alone, the greatest number counted in over a decade, along with a record number of unaccompanied minors crossing, too. Despite the surge in immigration along the border, the Biden Administration has taken steps to try to reduce the number of families and children in CBP custody with six executive orders he signed to solve this issue.

While many immigrants crossing the border have been seen to experience great difficulty, Villanueva stated that her parents were lucky enough to have some relatives already in the U.S. to follow. She moved to the U.S. with her parents from Mexico when she was three years old — first going to California to be with family and later to Illinois.

Villanueva’s parents decided to move to the U.S. in hopes of earning more money and seeking more job opportunities since they had grown up in tight financial situations in Mexico. Even though Villanueva acknowledges the hardships of moving and being an immigrant, she is grateful for the ability to receive a good education in a safe environment. She hopes to be the first in her family to graduate college.

“Just being able to go to school and actually graduate college — that’s what … immigration means to me —  trying to find a better life and have more resources,” Villanueva said.

In efforts to achieve these better resources, Villanueva notes that her father does have to work many hours in a hard job, construction, in order to make a good living for her family. Due to the extensive process of achieving citizenship in the U.S., her parents are left without paperwork, which makes getting a loan to buy a car or a house nearly impossible. Another thing that her family gave up when moving to the U.S. is the ability to go to the doctor or dentist since they aren’t covered by health insurance due to their documentation status.

“Most of the immigrant spirit comes from the want to pay it forward to the future generations because I think [immigrant parents] … compromise themselves in certain ways that make their lives even less comfortable now to sacrifice for the people of the future,” Spanish teacher Ryan Schultz said. “That’s … the thing I respect the most is that foresight.”

Schultz’s mother is a Palestinian immigrant, so he was aware of common hardships that come with migration to the U.S.:, however, it wasn’t until he started working in high school that his perspective drastically widened.

His family owned a pizza restaurant chain, and Schultz always figured when growing up that he would pursue a career in restaurant management to take up his family’s business. He worked with seven Mexican immigrants, and eventually he learned to converse in Spanish to communicate better with them.

What came from his discussions with these seven migrants was a realization of the hardships and sacrifices that they endured just to seek a better life not just for them — but for their children. One story that resonates with Schultz particularly is that of his co-worker’s brother getting shot down and eventually dying at the border as they were crossing. Just getting to the U.S. involved such high risks, but the cost of not pursuing the opportunity to immigrate was higher for them.

“That spirit to endure and overcome and their fear essentially for their own lives based on what he had seen — I think that kind of sparked a lot of desire for me to understand their stories fully,” Schultz said. “And I feel like the only way you can do that is by being able to speak the same language that they speak.”

Talking to these immigrants, he found that their stories were so powerful that he changed his career goals from the restaurant business to becoming a Spanish teacher to share the lessons he was able to learn as a teen with students and hopefully inspire them to do the same. This is why he works to integrate units in his Spanish classes about the migrant experience in the U.S..

He finds these topics especially important to discuss because of the consistent stigmatization and marginalization of immigrants. Villanueva has also noticed anti-immigrant sentiments through the media describing Mexican immigrants as “thugs” who “don’t pay taxes” and “steal jobs,” all of which are entirely untrue, according to Villanueva.

“I think [immigration] is the fabric of this nation, to be honest with you, and I feel when the stigma is removed from immigration, there’s more benefit than detriment,” Schultz said. “When we really consider, as a nation, based on the amount of cultural diversity and religious diversity, [there is a significant positive] perspective that you gain from having a population [that] is so diverse. For me, it’s something that I don’t think we appreciate enough and that maybe we should celebrate a lot more than criticize.”

Despite the diversity of the nation that is seen by Schultz, there is a push for assimilation that Villanueva sees in others. A common scenario for Villanueva is going to a store and noticing that someone can clearly speak Spanish. And in one specific instance, she noticed someone fitting this description working the cash register, so she naturally decided to go up to them speaking her first language: Spanish. However, they reacted by pretending to be unable to speak Spanish, and Villanueva attributes this response to feelings of inferiority based on their race.

Villanueva’s father also told her about seeing similar situations happen, but Villanueva does not want to give in to that push for assimilation. Schultz recognizes this, too, and feels that Hispanic immigrants are often marginalized and even demonized more than those of other countries.

“I think we all have a civic responsibility to … either fight for some sort of reform or at least advocate for a different change in perception so that somebody like my daughter doesn’t look at it the same way that I was exposed when I was a child,” Schultz said. “So that acceptance is probably the principal there, but I think we all need to … spread, acceptance and understanding rather than judgment and criticism.”