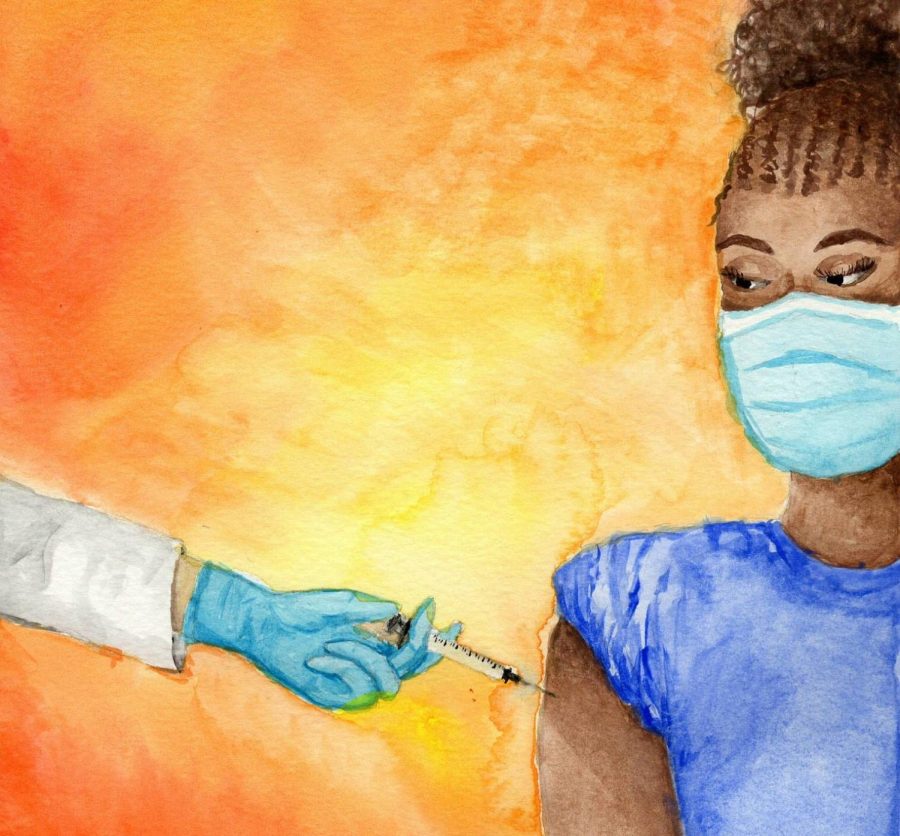 Hit Me With Your Best Shot

Dana Bright, Senior Manager of Immunization Initiatives at Itasca-based American Academy of Pediatrics, was scrolling through her phone one day when she saw social media posts stating that the COVID-19 vaccine may cause fertility issues. Her initial reaction was to laugh because she found it so absurd that it must have been a joke, but she realized that many people may not share the same thought.

A fear came next from the understanding that when people spread misinformation about a topic as important as the COVID-19 vaccine and accuse it of causing serious health consequences, it makes public health issues much trickier.

“When those sorts of concerns start to circulate, it can be really dangerous, and it can [take] a lot of backtracking to really provide the assurance and provide people the correct information,” Bright said.

Bright also recollects driving around and seeing crowds of people protesting masks and vaccines on street corners every so often. This pushed her to think that educating the public on health issues will only be an uphill battle from here on out.

President Joe Biden announced on Sept. 9 that vaccines would be required for federal employees, healthcare facilities that accept Medicare or Medicaid and businesses with 100 or more employees. Those that refuse vaccinations must face weekly testing. This executive order is expected to affect tens of millions of Americans, according to the Washington Post. Beforehand, a state mandate that required all Illinois K-12 educators to be vaccinated went into effect Sept. 5. 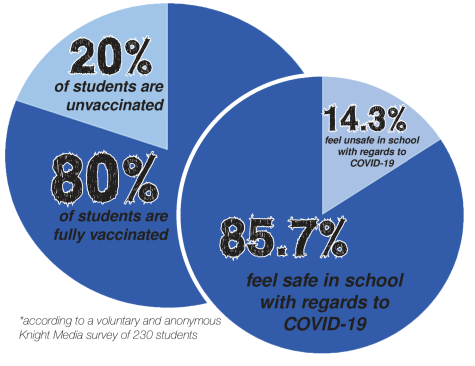 Last year, before vaccines were widely available, physics teacher Katie Page remembers the anticipation she felt when she came back into the building with students alongside many other faculty and staff members.

“I would say it was very bittersweet [when students came back to school last year] because we were excited to sort of have a little bit of normalcy, even though it was completely not normal,” Page said. “But then [I felt] also a little bit terrified. So, [I had] lots of mixed feelings there.”

At the beginning of the pandemic there was uncertainty, but Page describes that with the increase of access to vaccines, that stress has been minimized. Her concerns have grown slightly since the onset of the Delta variant, but she doesn’t think it will have the impact that the disease showed in the past. Instead, there is now more clarity in the research about how to prevent the spread of the virus, especially with the Food and Drug Administration (FDA) approval of the COVID-19 vaccine on Aug. 23.

Ian Van Dinther, Senior State Government Affairs Analyst at American Academy of Pediatrics, said in an interview with The Prospector that generally, states decide on what vaccines are required for students, but some states like California allow schools to create their own list by district. Illinois public schools follow a list that the state approves. Van Dinther notes that no state has ever required a vaccine to be taken by every citizen and that all the bills that have attempted to do so failed to pass.

Even though the COVID-19 vaccine is not currently required by state, certain schools have still taken action regarding vaccinations. Bright said that irrespective of COVID-19, when school mandates of vaccines are in place, there are higher vaccination rates. Van Dinther pointed out that schools in areas with low community vaccination rates had to return to remote instruction like some in Georgia.

To ensure public health while simultaneously keeping students in classrooms, to Bright and Van Dinther the answer is to educate the public more on the importance of getting vaccinated. However, AP Government teacher Tim Beishir feels that the educational campaign for the vaccine has already convinced everyone it is going to.

“It’s pretty frustrating,” Page said. “… It feels like people have abandoned any knowledge that they have of science that they learned in their life, and any … trust they have in education in general. It’s confusing to me why people don’t trust their doctors anymore.”

This story originally ran in the print edition. To view the print version as a pdf, click here.

Beishir referenced a video clip from the New York Times he showed in his classes where a man on a ventilator with COVID-19 was asked why he didn’t get vaccinated and responded with his political ideology instead of any health or science related answer.

“Politicians have decided that this is a wedge issue they need to talk about: an issue they can gain support through,” Beishir said. “… But is that because they’re doing a bad job, or is it because we the people are showing them that that will produce results?”

Partly because of the aforementioned reasons, Beishir wasn’t surprised by the mandates; he thinks that they were just waiting to press a button that said “mandate” as soon as the vaccine was approved by the FDA. He feels the same about the quick reaction times of certain politicians in pushing back against the vaccine like Gov. Mark Gordon of Wyoming who plans to take action with the state’s Attorney General.

Beishir argues that Biden’s vaccine mandate is not an overreach of government; it’s the government exercising its power to its very extent. He says it may very well be triggering to those that do not like the government doing so.

Especially considering the controversy of the COVID-19 vaccine throughout politics and various media platforms, Page and Van Dinther emphasize the need to come together if there is any hope of solving a situation like a pandemic.

“It is my hope that on the other side of this experience, the public will have a better understanding of how vaccines work,” Van Dinther said. “[There is] value in people making a mental pivot in understanding that if you receive a vaccine, you’re doing it not only for yourself but for your community.”