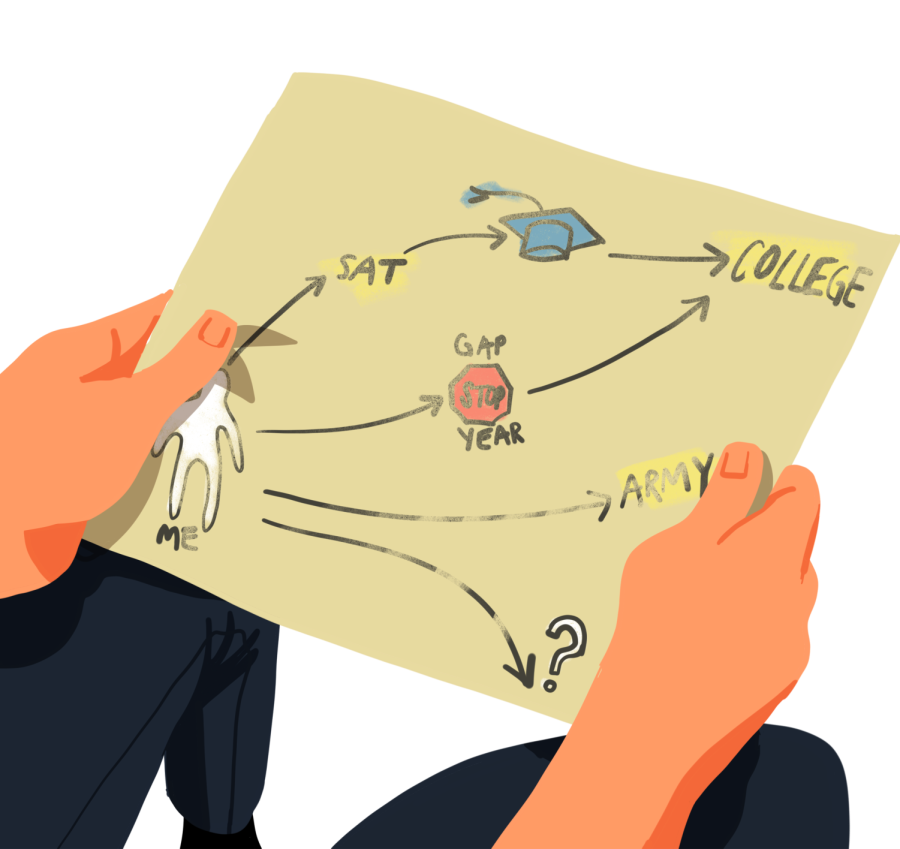 The time while schools and businesses were closing down in March due to by the arrival of the coronavirus was filled with chaos for University of Illinois at Chicago (UIC) junior John Donners. Many students around him, as well as himself, were concerned about their safety and how they would successfully complete the semester online, and so was he.

Not only were was safety and academics an issue, but so were was finances for many, and having to pay full tuition for only half a semester on campus didn’t sit well with Donners and fellow students. This led Donners to start a petition to get a partial refund on tuition for the spring semester that they did not sign up for. The petition gained nearly 9,000 signatures as of Sept. 1.

“The value [of going to a university] is not the same,” Donners said. “Coming from a university where one of their slogans is ‘The best value for a university in Illinois,’ well, now, students don’t feel like they’re getting the best value anymore. The question is ‘Did I get a superior learning experience? Or am I just getting a certification that I went to UIC?’”

UIC did end up responding with a 44% service fee decrease among other small fee reductions. There was also an expansion of emergency funds for students who were financially burdened by economic effects of the pandemic. However, Donners still feels that the change was not sufficient when the institution was able to afford to give the president of University of Illinois a 40% salary increase just three months prior.

“Most students should give a hard look at [where to attend college],” Donners said. “I think that they should give stronger consideration than they normally would to attending a community college, because at this point, a lot of the benefit of attending a university just isn’t there right now.”

This has resulted in many Prospect graduates needing to make difficult decisions about where to attend this semester, and some are even changing where they originally committed to go.

2020 Prospect graduate Liz McKenna had originally made the decision this past spring to enroll at DePaul University but instead decided to attend Harper College for the fall semester once the dorms at DePaul ended up closing.

“I was basically paying college tuition just to stay at home,” McKenna said.

McKenna made the switch in early August after concluding that since she was initially enrolled at DePaul University as undecided, she could save money by taking general education classes through Harper College, and allow herself to be exposed to different paths for a major.

“I was pretty annoyed by [DePaul’s decision to not lower tuition costs] because I was really excited to go [to DePaul],” McKenna said. “I feel like tuition definitely should have been lowered [for remote learning] because more students would have been willing to go to colleges rather than choosing to go to a community college.”

College tuition has seen a 220% increase since the 1971-72 school year to the 2019-20 school year at private non-for- profit four year institutions, and four year public institutions have shown a 285% increase in the same time frame, according to a study by BrokeScholar. College costs have already seemed excessive in recent years, but with COVID-19 moving schools off campus to an online environment, it has raised the question of whether or not it’s worth the cost.

“Students want an affordable opportunity and they want to find a job of their dreams,” Josh Norman, Associate Vice President for Enrollment Management at Eastern Illinois University, told The Prospector. “It doesn’t matter how cost sensitive I am, I am looking for the greatest value. Where am I going to have the best experience? Where am I going to get the most personal attention? Where can I have the greatest academic quality at the lowest cost? I think it’s a value conversation so far more than it is an affordability conversation.”

Many higher education institutions around the nation are expecting a dramatic decrease in revenue due to refunds on room and board, fees, partial tuition fee refunds, etc., according to Michael Hansen, CEO of Cengage, an educational resources company, in an Forbes article.

According to Hansen, the Pennsylvania State System of Higher Education estimates a $100 million loss from just room and board and other fees. In addition, the University of Wisconsin at Madison expects the same loss, not including the potential decrease in revenue from lower enrollment in the fall for those choosing to opt for a year at a more affordable institution or a gap year.  A higher education trade group predicts a 15% decrease in enrollment across the nation, resulting in a $23 billion revenue loss, according to The New York Times.

Some establishments have large endowments which will carry them through the effects of the pandemic, but not all are so fortunate.

However, the university has a Tuition Guarantee Plan that locks in students’ tuition rate for their next four years or until their Bachelor’s Degree is completed. The university does offer a new scholarship for students participating in social justice activism in their communities called the George Floyd Social Justice Scholarship. They also offer a forgiveness plan for students that might be unable to register for classes due to financial barriers.

Harper College is also 6% down in fall enrollment, even though, during the summer semester, they were well up in enrollment. Robert Parzy, Interim Associate Provost of Enrollment Services and Director of Admissions at Harper College, believes that this is because many students are still undecided about what to do and where to attend this fall.

While enrollment is down at many institutions, Eastern Illinois University is expecting a double digit percent increase in enrollment this semester, according to Norman. He attributes this to the fact that they have one of the highest face-to-face class ratios, their offering of single occupancy dorms, and their early and constant communication with students and families during the planning process.

“It has been a fast and furious process, just a lot of late nights and administrative meetings just to evaluate the environmental context of student needs,” Norman said. “It’s really trying to come up with a solution that best meets all constituents’ desires and needs. We really did come up with a collaborative process to come up with our return to campus.”

Eastern Illinois University had no tuition increase, and has a third of classes face-to-face, a third hybrid and another third online. Norman finds it especially important for incoming freshmen to have an experience that rides on relationships.

“While relationships can be developed in the online environment, the introduction face-to-face is so important,” Norman said.

Harper College has chosen to make the fall semester nearly all on an online platform, permitting labs to be in-person.

“I have a lot of respect for what all the schools have been trying to do to help,” Parzy said. “It’s not just Harper, it’s all schools trying to help as much as they can. There are tough decisions to be made. Relying on [the] remote heavily was a tough decision to make. But you have got to be careful [with] your students.”

Both Norman and Parzy explained that no matter what decision was made, it took a lot of restructuring of curriculum and planning to get there.

“Adjusting an entire organization to work remotely is not easy,” Parzy said. “And keeping people positive and upbeat when you’re in your living room every day, it’s not always that easy, but the good thing about the organization is that everyone is focused on the students, so it helps people to stay on point.”

Sean Lov, a junior at DePaul University majoring in finance and Prospect class of 2018 graduate, finds that the remote learning at DePaul University has dramatically reduced lecturing time and made most of his classes on a flipped classroom basis, causing him to teach himself more material than before.

“My biggest concern is ‘How long is this going to keep going on?’ I know I speak for 95% of the people in that I really do want to go back [to campus] and see the people I haven’t seen in a while, I want to get full exposure to the campus again, because I have less than two years left [of attending DePaul],” Lov said.

Even though this fall semester will look vastly different, and will not be the same college experience that most would expect or desire, Norman, Parzy and Lov all agree that students should choose to continue their education this semester.

“Many [students and families] recognize, and we recognize that a gap year just isn’t a viable solution,” Norman said. “What happens when students break up the cycle of education so often is that they don’t return to that upward trajectory of post secondary education. I think [Eastern Illinois University was] meeting a need in the market that couldn’t be found everywhere else.”

However, with the highest unemployment rate than it has been in the past 70 years, according to USA Today, Parzy sees many struggles with being able to afford to continue their education. In addition to more reliance on financial aid, Harper College raised funds, along with CARE funding from the federal government, was able to help over 600 students with emergency funds that were enrolled through a program put together during the spring and summer months, according to Parzy.

“We see [people struggling financially] everyday, and it’s really unfortunate that we’ve seen both … [parents have] lost their jobs,” Parzy said. “We have seen students not go forward because they have to now go to work to support their families. We’ve seen everything. And it’s every single day that we hear another story. We just try to help wherever we can. Harper has done a great job, and the community has done a great job supporting Harper, and we are going to do everything we can … for the community. That’s just how it works.”

Harper also spent a significant amount on hotspots and laptops for the move to remote learning for students without those resources available to them.

“In order to make the most of it, whether you’re going to community college or you’re going to [a four year institution], you want to try to learn something from each of those classes and ask a lot of questions,” Lov said. “You always want to come into class with an idea and a plan [of what you want to learn] for how to succeed. And everything will work out, even if it’s all online.”