What’s the Reach on Free Speech? 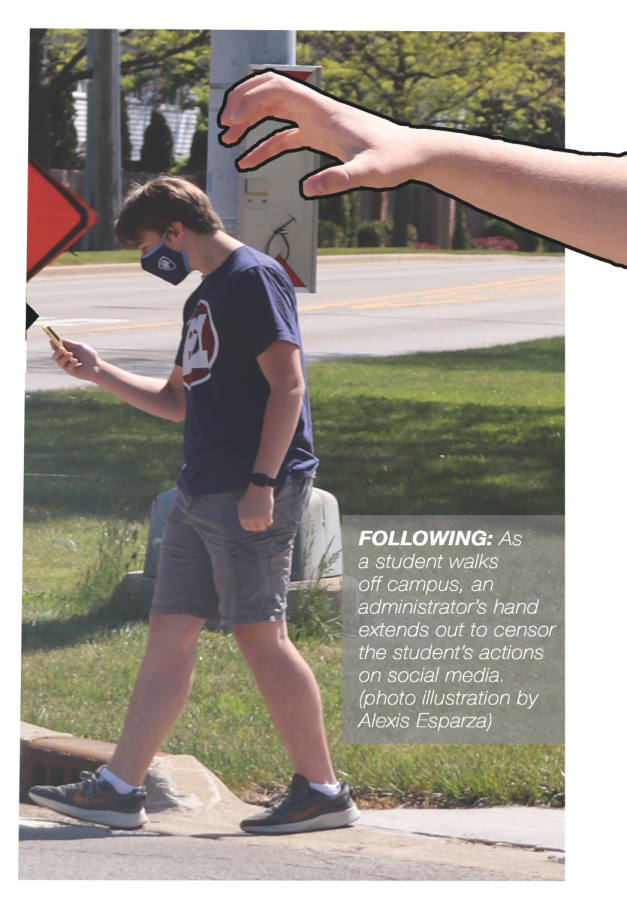 When Brandi Levy was 14 years old, she posted on her private Snapchat story, “F*ck school f*ck softball f*ck cheer f*ck everything” with a photo of her and her friend holding up their middle fingers. At the time, Levy didn’t realize that it would lead to her being suspended from participating in her school’s cheerleading program for the whole year.

Leading up to the incident, the former student of Mahanoy Area High School in Mahanoy City, Pa. was placed on JV instead of varsity, and her state of displeasure led her to share her thoughts on that private story once she was outside the school. Her post eventually made its way to the head cheer coach, and the school took disciplinary action against Levy. The conflict went to court and has arrived at the highest one in the United States: the Supreme Court — which is expected to give its ruling some time in June.

While the school argued that Levy’s post was disruptive enough to get her suspended from the sport, Levy and her lawyer from the American Civil Liberties Union assert that her freedom of speech had been violated. Despite this starting as a quick Snapchat post, the Supreme Court ruling will have the biggest impact on student free speech since 1969, according to Media Analysis teacher and Knight Media adviser Jason Block.

For one, this will be the first Supreme Court case to make a ruling on social media, and it will also ask whether public schools have the right to restrict speech that happens off-campus.

“[If the ruling is in favor of the school], it’s just opening Pandora’s Box of allowing administration to have any say in what happens outside of school,” Block said.

One of the students this ruling could possibly impact is junior *Melanie Taylor. For her, it’s not uncommon to post critical statements about Prospect on her Snapchat stories. She knows nearly everyone does the same because that’s what social media is used for: expressing ideas and emotions, in her opinion. Taylor is aware of the faults of social media, but she appreciates the platform it gives people to speak up about topics important to them. For example, she attributes the success of the #MeToo and Black Lives Matter movements to social media and Generation Z’s ability to navigate these platforms.

“Not only have [members of Generation Z] made it aware that these situations are going on, but they’ve made it OK for other people to speak up about their issues and not be scared about it, [so free speech on social media] is very important,” Taylor said.

The magnitude of this case could mean protecting student liberties in using social media without intervention from government bodies (except in cases of harassment, threats or perceived dangers to others). Or it could mean the start of the government being allowed to censor free speech in social media among students.

“The school is a branch of government, and the First Amendment says the government shall make no law abridging freedom of speech,” Block said. “Them reaching out — outside the school and doing that — that’s the government punishing you for something you said.”

Examples of Supreme Court rulings chipping away at students’ first amendment rights are Morse v. Frederick —  the reason students cannot wear garments like sports jerseys with a beer logo on it because it “promotes illegal drug use” —  or in Bethel School District v. Fraser which allowed schools to punish those that use vulgar speech in school. Block does not believe that the lives of Prospect students would change much with the ruling even if it ended up being in favor of the school. He does not envision Prospect’s administration sifting through social media accounts in an attempt to find a way to punish students, however, he does not think this is the case for all schools across the nation. Additionally, if it is ruled that it is constitutional for public schools to restrict students for these actions off campus, then the lines between what government bodies can and cannot restrict begin to blur. 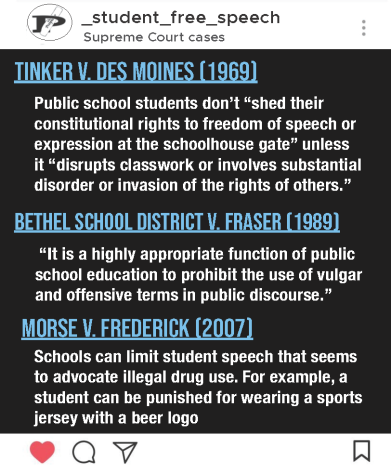 Associate Principal of Student Activities and Music Frank Mirandola noted that social media posts do come up several times per year to the administration for them to take action. He said that what goes into evaluating each case is looking at the impact on the student and school while making an emphasis on getting to the root of what caused the conflict. This course of action helps to reach a meaningful understanding and solution.

Mirandola’s understanding of social media is that it is just another vehicle for students to express themselves that isn’t inherently problematic; it’s just new, and the learning process surrounding how to use it hasn’t ended.

The key danger to social media, according to Taylor, is also what makes it so successful. She understands that it carries various flaws, but the biggest one is that it is just a double-edged sword in its ability to spread information so quickly to a wider audience than one might have even expected at the moment of posting.

“[Social media] perpetuates things; it makes [rumors or conflicts] escalate 10 times more,” Taylor said. “If you were to hear [something] out of one person’s mouth … you might even ignore it or forget about it, [but if it came up] someday on social media — especially with people posting [about] it all the time, most people are going to remember that.”

Because social media is still considerably unregulated territory in the United States, it’s even harder to draw the lines of what should and shouldn’t be said. However, Block says that this question should be answered by parents and not schools when it doesn’t threaten the safety of others and it isn’t on school grounds.

Regulation outside of school would mean an expansion of government power that goes down a road of damaging consequences, according to Block. He compared the possible court rulings to a situation where students pass notes in class. If students pass them in class, they can get caught and punished for disrupting the educational process, however, if a student wanted to pass a note to someone in their own home, it would seem ridiculous for the school to intervene.

“It makes me angry [and] just kind of disappoints me because it’s 2021; students should definitely be able to speak their truth and speak how they feel — especially on social media if it’s outside of school,” Taylor said. “I feel like the school shouldn’t have any business going into it.”

A fact that concerns Taylor about a potential ruling is the possibility of a misinterpretation of these social media platforms which could lead to an ill-informed ruling. She stated that Snapchat can be especially hard for adults to understand, and Block feels similarly based on the hearings, seeing that some judges have had misunderstandings of the platform.

Despite social media being something new and constantly changing, constitutional rights are not. It is essential that the first amendment can hold the same power through evolving technology and not be limited because of it, according to Taylor.

“Once you leave this building, you’re just a regular human out on the street doing your thing; your rights should be no different than seconds before I put you in class,” Block said. “Somebody who’s 25 and somebody who’s four — neither one of those people is in the public school system. Why do they have more free speech rights just because you happen to be enrolled at a public high school?”