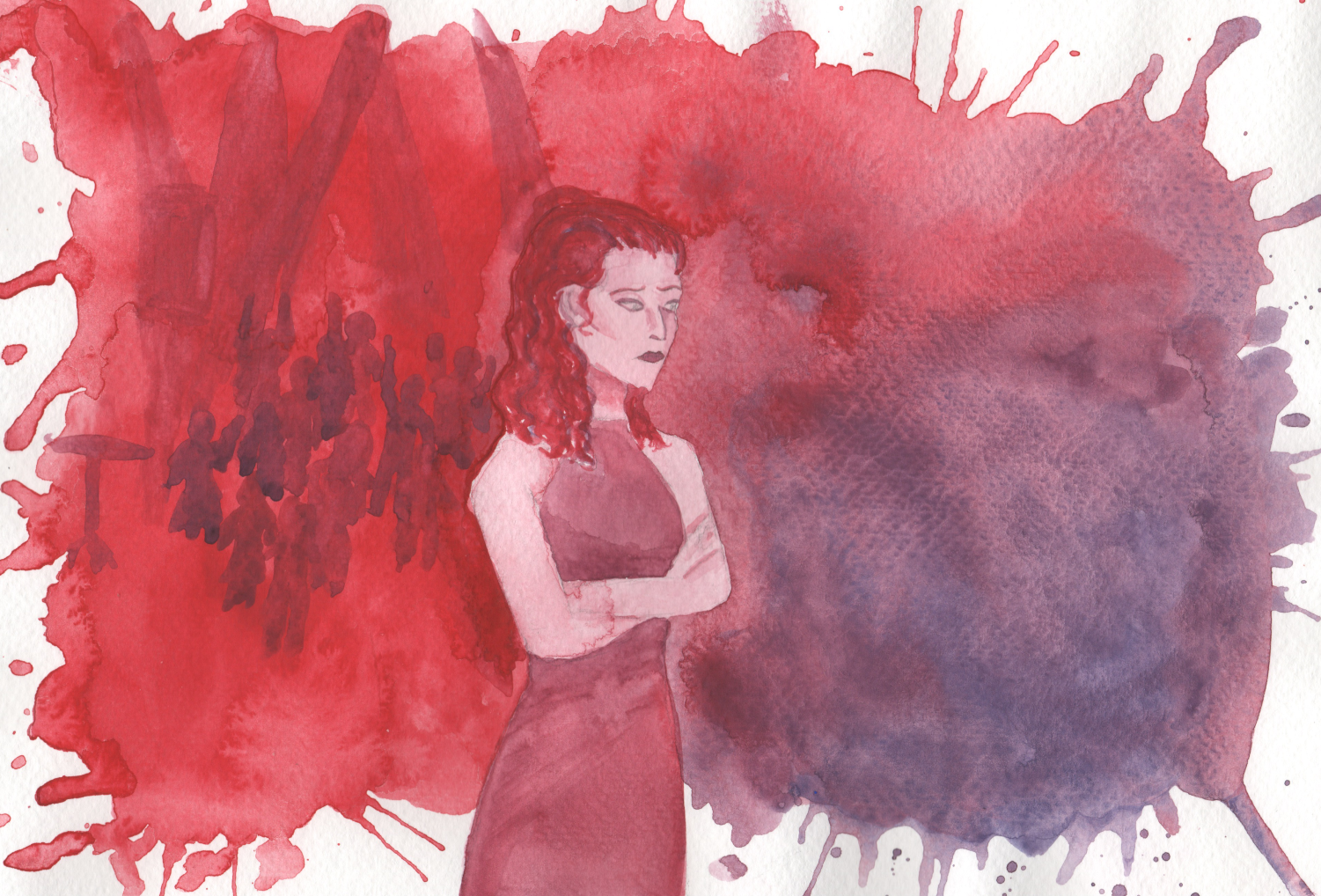 Senior Allie Winkler remembers hanging out with her friends in the middle of the field at the homecoming dance when she saw a small, young girl’s dress getting ripped down the front, and she soon realized that it was not an accident.

The girl was visibly distraught, but the crowd was loud, and the scene was dark as colored lights flashed on and off. The following school day, Winkler went to voice her concerns to Prospect’s administration about the situation. 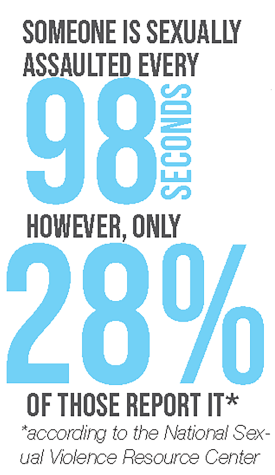 “Just to experience something like that would be incredibly traumatic,” Winkler said. “I think that was the one [scene] that got me the most [outraged].”

This was not the only situation she witnessed at the dance. She also observed an incident that wasn’t sexual assault but was still extremely distressing. She saw a tall male student grabbing another petite girl’s waist and throwing her into the mosh pit unwillingly.

According to Principal Greg Minter, only two students came forward to report incidents, so he is unable to get a complete picture of the scale of the number of students impacted and the number of cases that occurred. Because of this, he said, he didn’t want to send out a communication to the school and community which would put everyone on “high alert.”

Minter specifically mentioned the claims of assault and harassment at the Oct. 19 class meetings to discuss general acts of misbehavior in the community. Minter also approved the establishment of a club for discussing sexual assault that is being initiated by juniors Hannah Lifton and Juliet Aquino. The club will be supervised by a counselor, so that there is someone knowledgeable on how to discuss those topics appropriately.

“I certainly don’t want anyone to think that we’re sweeping something under the rug, because we follow up on everything,” Minter said. “If something is reported, we follow up on it. We have an obligation to do it, and we do so. But at the same time, I have to balance that with creating some level of alarm. … I don’t know what the scale of the issue really was.” 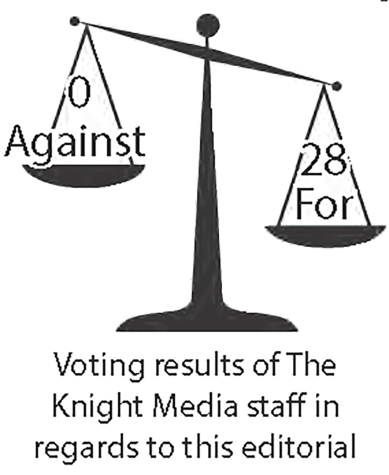 We, Knight Media, thank administration for mentioning the sexual assault and harassment from homecoming at the assemblies and for allowing students to start a club to spread awareness about the issue. However, we believe that the school should not end the discussion here or even this year.

Now that the unfortunate events from the dance are being talked about among the student body, administration should take this chance to evaluate how students are taught about sexual assault during a school year. Sexual assault is defined as “sexual contact or behavior that occurs without explicit consent of the victim,” according to RAINN, the nation’s largest anti-sexual assault organization.

It is foolish to believe that even if only two students reported these instances formally to the school that it doesn’t need to be acted upon further. The school has a place to educate students in a safe environment and should take action to teach students about how to talk about sexual assault and harassment, how to report it and how it can impact people. We understand that the school is dealing with other behavioral issues at the moment, but discussing the topic of sexual assault shouldn’t be only addressed by a guest speaker or solely as another one of the behavior problems overall. The topic of sexual assault should not be pushed to the back burner while dealing with other issues.

The two brave girls that came forward shouldn’t be the only reason the school plans to address this behavior, and it shouldn’t be addressed only once. This should be taken as an opportunity to review how the school has been educating students about sexual assault and harassment and how they can promote more safe discussions. The sooner the issue of sexual assault is addressed with a safe discussion, the sooner students can feel safer at school and in their own bodies.

Within the required health class that sophomores take at Prospect, there are two days afforded to discussing the topic of consent and sexual abuse. Children’s Advocacy Center, an organization that works to prevent child abuse and assists victims, comes in to speak for one day within that semester long course.

Health teacher Aaron Marnstein says that there are a number of topics the state requires the health unit to cover in the human sexuality unit from pregnancy to anatomy, so they only have so much time to teach each topic.

However, Manstein does think that two days in a four year curriculum is not enough time to teach every aspect of the topic let alone enforce an appropriate mindset about a topic. Whether it’s coming from a guest speaker assembly or studying the topic within another class like an English or social science course, he thinks that it’s important for the topic to be taught about in a structured environment.

“The more … [a topic] that we need to discuss … is put to the forefront, the more it’s likely to change [attitudes around it],” Marnstein said. “I think that we can’t talk about it enough to be honest.”

In order to bring the topic of sexual assault to discussion, Marnstein organized for a guest speaker to come talk about sexual assault nearly a decade ago. He thinks that it was important to have someone send out a message about a serious topic. At the time, the guest speaker gave a speech to the students who were later split into smaller groups within their classes to discuss. Marnstein says that it was a successful session, but there hasn’t been one to speak on the topic since.

Repeated education on the topic is important. A Columbia University study found that women in college were half as likely to be sexually assaulted when they took sexual education classes before college. But sexual assault isn’t a women’s problem when most perpetrators of the act are male.

However, education for everyone is clearly important, and it’s clearly needed if any change is expected to happen.

Marnstein sees that increasingly younger kids are getting the wrong information from the wrong sources because their first encounter with information about sex is not through parents nor schools but through pornography. Especially now with the internet, there is more access to misguiding material. This leads Marnstein to think that how sexual assault is talked about and viewed is a societal issue.

Winkler observed a number of students displaying inappropriate behavior first hand when being educated about the topic in health class. She remembers walking through the Clothesline Project display, which victims of sexual assault anonymously write their stories on t-shirts to be hung up, during health class and hearing a few male students in the back making jokes.

While Marnstein understands that behavior is inappropriate, he believes that it’s often the result of students not emotionally knowing how to deal with learning about the topic. If he sees those kinds of responses from students, he will discuss with them why it’s harmful to act that way.

But even feeling that humor is the only way to cope with processing that kind of information just reaffirms the realization that most students don’t know how to talk about this topic. And the only way to solve that problem is to discuss it more across the board — not just in health class and not just in a voluntary extracurricular club.

Minter says that the school hopes to implement some form of education on the topic in the coming months but states that many of the school’s resources have to be allocated to addressing the other behavioral issues in the school at the moment.

“There’s a lot of people that are pretty upset about [the events from the dance] and … feel as though their school isn’t helping the situation. And that’s just scary,” Winkler said. “When you see reports of sexual assault going up, and you see so many young girls like literally scared to go to school, or scared to wear a dress to homecoming because they think somebody is going to grope them at your school, that’s scary, and you need to do something about it.”