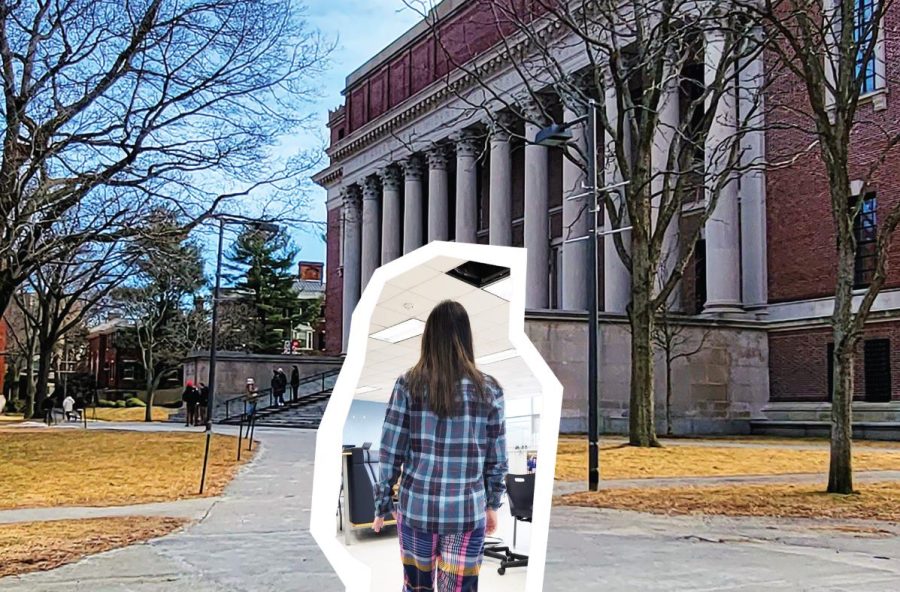 CAMPUS CONCERN: A high school student imagines themself stepping onto Harvard’s campus but wonders how affirmative action will affect their application in the admissions process and how diversity will impact their college experience.

Supreme Court decides if colleges can consider race in applications

After Harvard University freshman Leah Tadese got accepted to a number of competitive Ivy League schools, she posted her decision results on TikTok under her account @leah_tad. Her post gained over 450,000 views and thousands of comments.

Although many comments were positive and congratulatory, she said that others asserted that she only got accepted because she is Black. She tried to delete most of those comments because they were very misguided, let alone negative and hateful, but she ended up just choosing to ignore them because after a while, she became numb to the pain of reading them.

“You don’t know who I am. You don’t know what my application is. You don’t know how qualified I was,” Tadese said in an interview with the Prospector. “I feel like people are just making assumptions [because] … they are coping [with not getting accepted]. To just automatically assume that a Black person is dumber than every other race is ridiculous.”

After she was accepted to the most competitive school in the nation (with an acceptance rate of around 3%), many people assumed that Tadese’s success was due to affirmative action, which is defined as a set of policies and practices intended on including certain groups based on gender, religion, race, etc.

This is the basis of a civil lawsuit that the Supreme Court agreed to hear earlier this year. In this case, a group of Asian-American students filed a suit against Harvard University and the University of North Carolina at Chapel Hill (UNC) in 2015 after being rejected from those universities. This case will decide whether the consideration of race should be allowed in college applications.

The case against Harvard argues that white, Black and Hispanic students are favored in the admissions process over Asian-American students. The case against UNC argues that both white and Asian-American students are being unfairly discriminated against in admissions. The Supreme Court will likely hear the two sides’ arguments in the fall of this year, according to the New York Times. 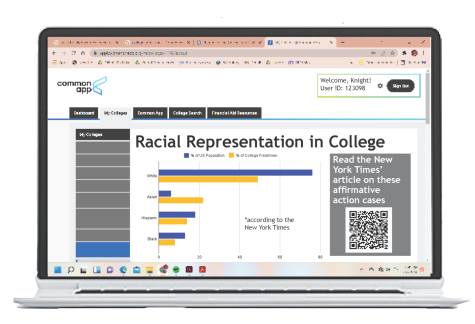 Despite Harvard being a private school, it receives federal funding through grants and therefore must comply with statutes that ban racial discrimination; UNC must do the same since it’s a public insitution and must follow the equal protection clause in the Constitution.

While this group of Asian students felt that they were being discriminated against because of their race, Prospect senior Jeongmin Lee thinks differently about his admissions decisions.

Lee applied to more than 30 colleges and was deferred from his top choice school. But even through his mental gymnastics of questioning what might have led the admissions counselors to deferring him, his race was not one of the items that concerned him about his application.

“I didn’t get the result that I wanted for my first decision, but that doesn’t mean I’m going to blame it on affirmative action, right? I’m going to look at the things I did wrong and blame it on that,” Lee said. “I’m not going to … be like, ‘Oh it’s because of underrepresented minorities [that I didn’t get accepted].’ If you believe that, then that’s probably the mindset that’s not getting you into [that university].”

While Lee and Tadese do not believe that race was the deciding factor in their applications, they do think that it is important for race to be considered in applications. Including race in the admissions process is necessary for two reasons: the first being that race is an important part of individuals’ identities and the other being that it creates a more diverse campus environment, according to Lee and Tadese.

Race was an important factor, but not a primary one, on Tadese’s application that got her accepted to so many schools. She wrote an essay about Ethiopia and mentioned the fact that she created an organization in her hometown in Ohio to destroy racist policies. These two facts are integral to her identity, so excluding her race would make it impossible for her to truly represent her experiences in her application.

The other benefit to considering race in the college admissions process is the issue of student body diversity. Tadese recalls going to an international formal event at Harvard as an immigrant from Ethiopia; there, she was able to meet students from all over the world, including others from Ethiopia, too.

While attending Harvard, she has tried many foods she never would have tried otherwise and has shared stories about people’s different backgrounds, opportunities that she wouldn’t be as exposed to at many other colleges. This experience is also vastly different from her time at high school since she was one of only three Black students in her school.

“Just learning about different things, about different people, [has been] really interesting to me,” Tadese said. “And I think everyone should be able to experience that in life and you shouldn’t be forced to be in a population of only white people or [only] Black people.”

Prospect post secondary counselor Diane Bourn believes that it is important for schools to establish a student body that is representative of the nation’s real population: one that has racial and socioeconomic diversity. However, Bourn says that as bad as it sounds, if that diversity isn’t being forced, it is unlikely to happen. But that doesn’t mean that students of minority populations in college are unqualified, according to Bourn.

Bourn notes that at a competitive school like Harvard, there are far more applicants with the same academic metrics like SAT score or GPA than can be admitted. What sets students apart at that point are their experiences or extracurricular activities.

How Bourn interprets this message is that colleges are looking for individual students that will bring something new to the table; something that can only be achieved by admitting people with different interests, passions, backgrounds, etc.

“Being able to build a class where we have a lot of different people is only going to enrich our students, community and their experience that they then take out into the world,” Bourn said.

In order to create a diverse student body, more than just numerical statistics need to be considered in the application process. According to Bourn, this is why nearly all colleges use holistic review: the consideration of a variety of attributes including academic metrics, experiences, extracurricular involvement and what the student would contribute to the college community.

For example, Bourn says that those who are wealthier are more likely to have access to resources to make themselves appear better on paper than those who may be lower-income or a non-native English speaker. Therefore, that should be taken into account instead of just focusing on test scores.

Bourn thinks that if any factor were to be omitted from the application process, it should be whether someone is a legacy student or not.

According to The Guardian, 43% of Harvard’s white students are either recruited athletes, legacy students, have parents that donated to the school or are children of Harvard employees. These white students are getting an advantage, so it only makes sense that colleges work to increase underrepresented minority populations in their student body through other means like affirmative action, according to Bourn.

“[The statistic] … does not make any sense at all to me because it’s just taking a giant step backwards in time — giving priority to the advantaged,” Bourn said.

2021 Prospect alum and current Harvard freshman Mary Catherine Hanafee LaPlante reaffirms that number based off of her own experience on campus and estimates that among the school’s white students, about 15 to 20% are related to a Harvard undergraduate alum.

Even though Hanafee LaPlante’s mother is an alum from Harvard’s graduate school, she thinks this fact barely benefited her application, if at all, based on the notes admissions officers wrote on her Harvard application.

What the admissions officers did write and can be assumed led to her acceptance was their high rating of her letter of recommendation from Principal Greg Minter and their commendation of her initiative in creating organizations outside of school. For example, she helped pass a law to make it a requirement that all Illinois college bathrooms have menstrual hygiene products. Even though she is white, she did not feel like she was at a disadvantage, and she attributes her success to the work she put into her high school life beyond her near-perfect test scores.

Hanafee LaPlante, Tadese, Lee and Bourn all think that affirmative action is important in colleges and that it’s a misconception to believe an acceptance or rejection is based solely on policies aligned with it.

“If you use affirmative action to tear down students of color who get into these schools, you’re a loser and should reevaluate the way you’re living,” Lee said.