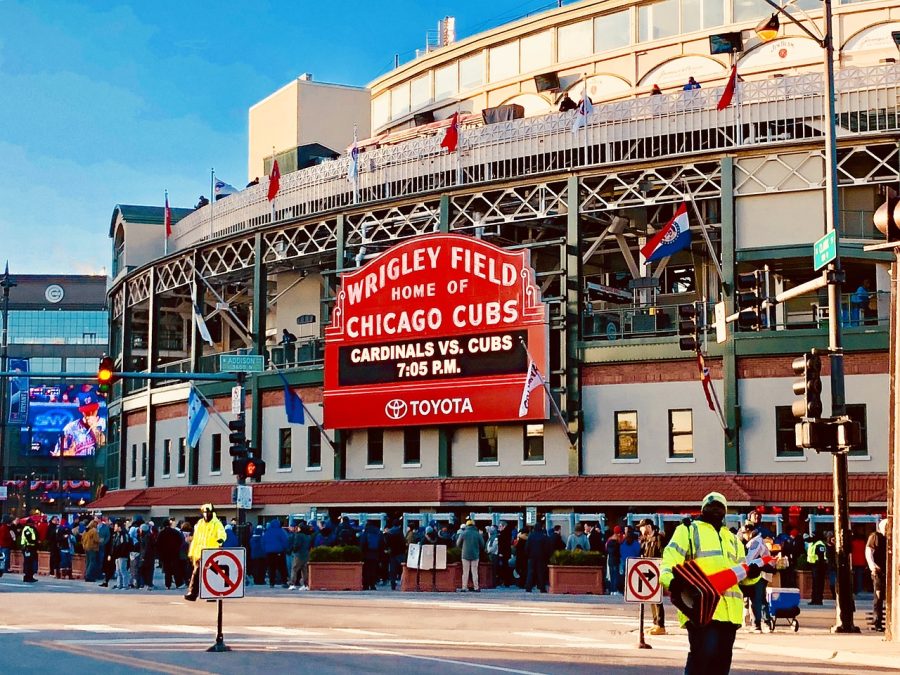 A look back at the Chicago Cubs’ off-season

With the lockdown long done, spring training wrapping up and the off-season coming to a close, it’s almost time for regular season baseball to begin. When looking at the Chicago Cubs there were a lot of questions regarding their off-season after they traded their core last season and began to rebuild.

The big question was, were they going to spend any money? I mean they had the money to spend. I, for one, was a big fan of what they ended up doing but I do think they could’ve done some more. Jed Hoyer definitely impressed me with what he’s done especially with some of their bigger signings.

Starting off with the biggest signing of the off-season for the Cubs is outfielder Seiya Suzuki. Suzuki, who had played in Japan for the entirety of his career, helped the Cubs make history as he received the largest contract given to a Japanese position player ever. While there is some risk to this signing as nobody knows if his game will translate to the MLB, I do love the signing. Hoyer took a big risk and it could turn out to be a huge success as Suzuki could be a cornerstone of this franchise for years to come. In 2021, Suzuki had a slash line of .317/.433/.636 while also having 38 home runs, 88 RBI’s and an OPS of 1.069. The upside for Suzuki is definitely there and I am excited to see what kind of season he has with the Cubs.

This is another signing that I really love. The Cubs rotation was in dire need of another starting pitcher (and to be honest it could still use one or two more) and signing Marcus Stroman is a huge upgrade. Hoyer was able to snag one of the bigger names on the market with a very reasonable deal. Stroman is a seven year vet and has played for the Toronto Blue Jays and New York Mets. In 2021 Stroman had a 3.02 ERA with 10 wins while leading all of majors with 33 games started. It’s safe to say that the Cubs got a surefire number two starter with ace potential.

Wade Miley – claimed off of waivers

Claiming the left-handed starting pitcher Wade Miley off of waivers from the Cincinnati Reds was definitely one of the more underrated moves of the off-season made by the Cubs. Miley will definitely add some insurance to a starting rotation that needs some arms. He will be a very nice third to fourth starter in the rotation for the Cubs. Miley had a solid 2021 season in which he had 3.37 ERA and a 12-7 record.

The outfielder Clint Frazier could become one of the steals of the entire off-season. Frazier spent the past five seasons with the New York Yankees and, to say the least, they have been very up and down seasons. Frazier is still just 27 years old and has shown flashes of potential. His season last year was derailed due to concussions but with the one-year deal the Cubs gave him, it is very low risk and high reward.

Jonathan Villar is a sneaky good signing for the Cubs. Villar is a versatile infielder that can play third base, shortstop and second base. Last season Villar had a slashline of .249/.322/.416 which is pretty average but with his versatility, age and experience (Villar is still only 30 years old with 9 seasons of experience) he could be a great plug and play guy for the Cubs.

This is the one signing that I really wasn’t a huge fan of. While signing shortstop Andrelton Simmons to a one-year deal isn’t a big risk, it’s just very meh. Simmons’ impact has always been on the defensive side as he’s never been a great hitter as for example, in 2021 he had a slashline of .223/.283/.274. Especially when the Cubs have players like Villar and young shortstop Nico Hoerner who could give you that production and some, it’s just not a very necessary signing. Especially when Hoyer could’ve signed a big name shortstop *cough* Carlos Correa *cough*.

Now those weren’t all the signings the Cubs made off-season, just some of the ones I was a big fan of or didn’t like. It should be interesting to see how this team turns out, with a weak NL Central they could show flashes and have a chance to compete. That might just be me being optimistic but you never know. Overall I’d probably give this off-season a 8/10 grade as there were a lot of moves I liked but definitely some things that could’ve been done differently.