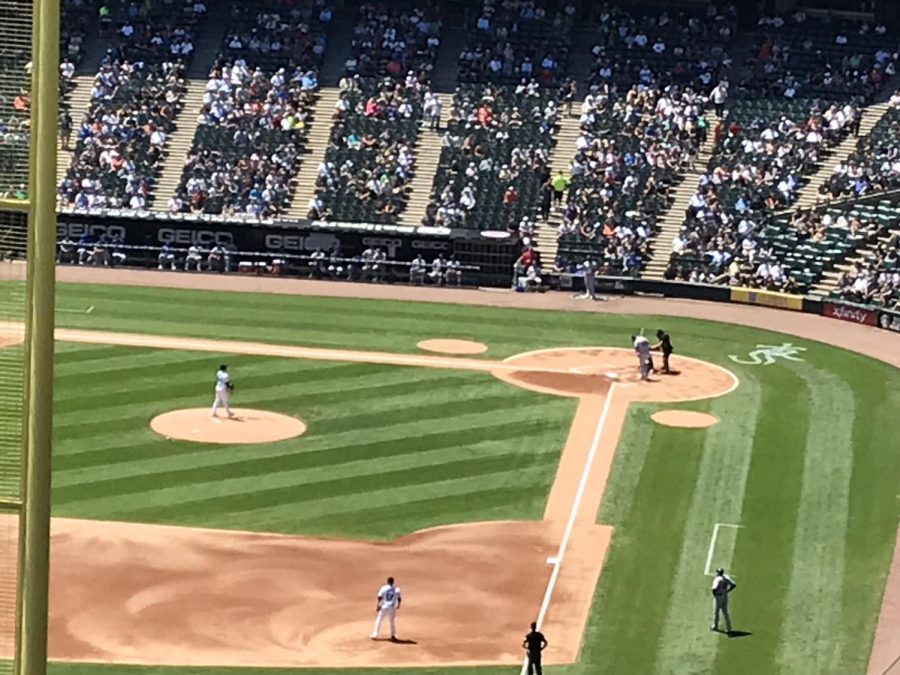 With the off-season season coming to an end and the 2022 regular season coming up, the Chicago White Sox had some holes to fill after losing in the ALDS to the Houston Astros.

The biggest questions were second base, another outfielder and pitching. Rick Hahn answered all questions with the off-season they had.

Right before the lockout happened, the Sox signed the relief pitcher who played for both the Seattle Mariners and the Houston Astros last year. With the Mariners, Graveman had a .83 ERA and had 34 strikeouts while playing in 30 games. When Graveman was traded to the Astros, his numbers dipped a little. With the Astros, Graveman had a 3.13 ERA with 27 strikeouts while playing in 23 games. If Graveman performs like he did with the Mariners, the signing would be huge, especially with the trade of Craig Kimbrel. The backend of the bullpen for the Sox with Liam Hendricks and Graveman should be scary next year.

Last week, the Sox sent Craig Kimbrel to the Los Angeles Dodgers for outfielder AJ Pollock. I love this trade because Kimbrel wasn’t the best for the Sox last year and they needed an outfielder. Pollock is a guy who, when healthy, is going to get you 20 home runs and 60 RBI. Pollock hit .297 with 21 home runs and 69 RBIs last season. Pollock is a veteran outfielder who can hit. That’s what the Sox needed.

Kelly is a veteran relief pitcher who has a nasty breaking ball and fastball combination. Kelly last year had an era of 2.86 and 50 strikeouts. Kelly is a great guy to have in any team’s bullpen because he has pitched in big games before. I am also looking forward to seeing Hendricks and Kelly together because they are both big characters.

Cueto signed early in the week, and the excitement in this signing was palpable.With the loss of Lance Lynn, the Sox needed another arm and they got the best one available. Last season with the Giants, he had a 4.08 ERA, 98 strikeouts and 114.2 innings pitched. Cueto is a veteran pitcher who will be great for the Sox at the back end of the rotation this year.

I am not a big fan of this contract. I feel like they picked him up because they lost Carlos Rondon. Velasquez hasn’t had an ERA less than 4.30 since joining the league in 2015. He might be one of the worst pitchers. He will probably be a guy who pitches in double headers when a game gets out of hand. Hopefully, Sox pitching coach Ethan Katz can fix him like he fixed Rondon last year.

These weren’t all the signings the Sox made this off-season; they were big ones. It should be a great season for the Sox because all the signings and trades will hopefully make the difference all Sox fans need.