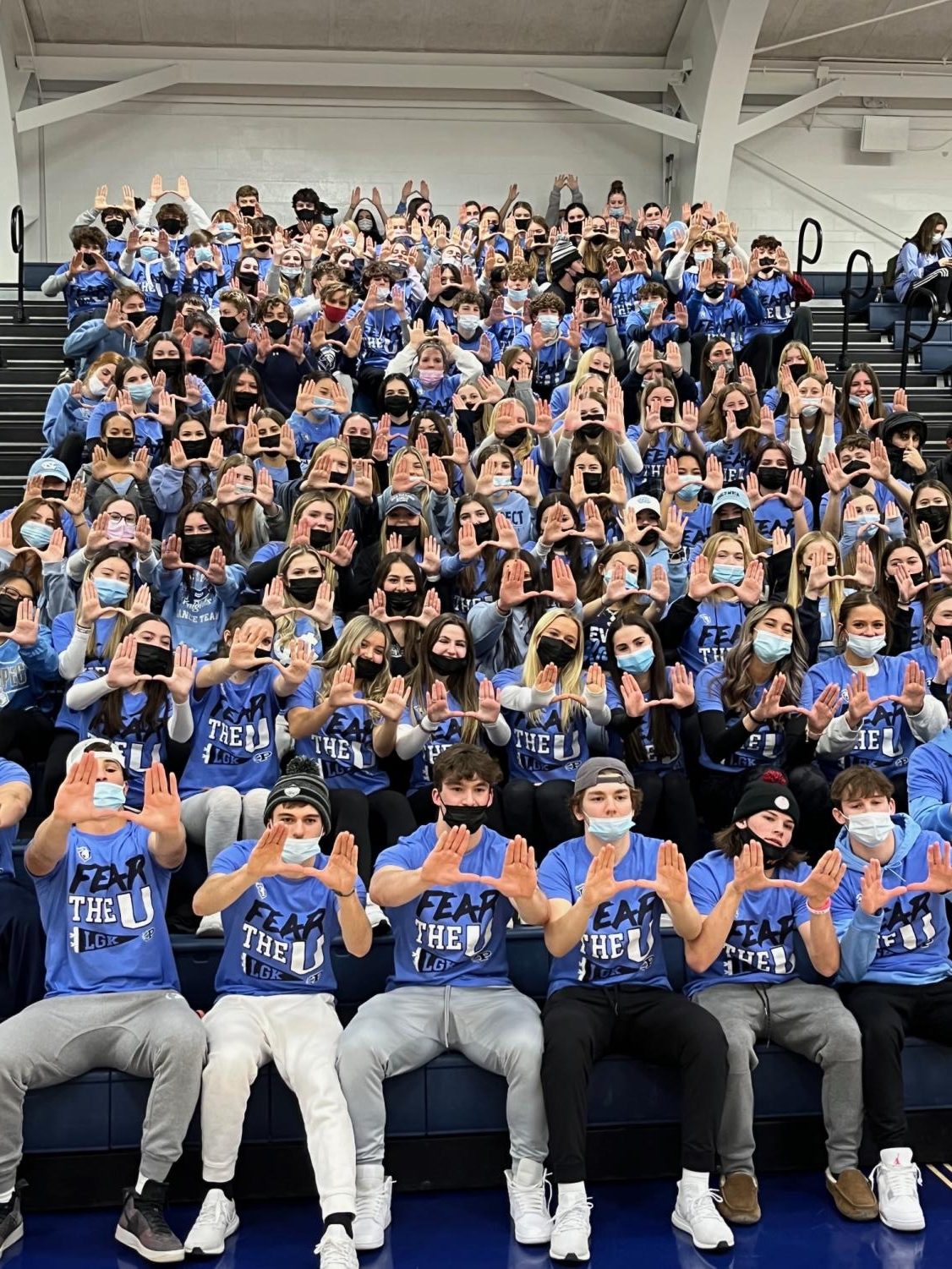 Earlier this year, Prospect’s student section, The Underground, shows support for the girls’ basketball team in their home game against Hersey.

Earlier this year, Prospect’s student section, The Underground, shows support for the girls’ basketball team in their home game against Hersey.

Junior Alyssa Degan knew it was possible for Prospect to win the student section state showdown. Something about the feeling of walking into a group of happy, supportive, and welcoming people can turn a good experience into a great one, as seen by the Prospect Underground.

Nevertheless, Degan was completely shaken up on March 17 when she found out that the win wasn’t just a possibility, it was now reality.

“I was sitting in math class and then over the loudspeaker, he announced it and my jaw dropped,” Degan said.

Prospect’s student section, known as the Underground or the U, goes above and beyond most other schools, not only top-tier energy and pride at sports events, but also so much inclusiveness and involvement within all different aspects of the community.

“I just get really excited going to sit in the student section knowing that I’m going to be included and it will always be a lot of fun … because we are actually united as a school,” freshman Lucy Neumann said.

Student section leader Jake Terpins thinks that the Best Buddies basketball game is the perfect example of how our student section stands out. The best buddies game is one of the many volunteer events that Prospect’s U creates.

“We had so many people there, it was the most people I had ever seen at a basketball game for high school. It was just rallying behind a good cause,” Terpins said.

Specifically, this game allows students that are a part of the URise community, a group of students with special needs, to play alongside the basketball players.

“It’s just amazing what Prospect has done, not only for its students but also for the community in general,” Terpins said.

Many members of the PHS student body would agree that the enthusiasm towards each and every event is incomparable.

Each year IHSA holds a competition for all student sections of schools in Illinois. Schools are asked to make a short video showing what their student section means to them and its key values. Multiple students got on the job of recording all the footage they could at every school sponsored event.

Degan then had to take on the responsibility of putting all the clips together and creating the experience of the U within a video. Degan’s goal for the video was to encapsulate what the student section is as a whole.

“I wanted to show all the different components of our student body, using lots of hype videos and community service clips,” Degan said.

Degan explained the tedious work that went into creating the final product of the video, lots of deleting, redoing, and repeating.

Assistant Principal Frank Mirandola and her critiqued it back and forth for days until they were satisfied with the outcome.

Becoming a finalist in the competition was already a huge honor to PHS, especially since there are 800 other schools within IHSA. Soon enough, Degan and Mirandola received the news that they won. For the first time since 2015, Prospect took the title of the winners of the IHSA student section showdown.

“It wasn’t just me that won, it was the whole school,” Degan said. “I just made the video that went [in the competition] … It was really a whole student body win.”