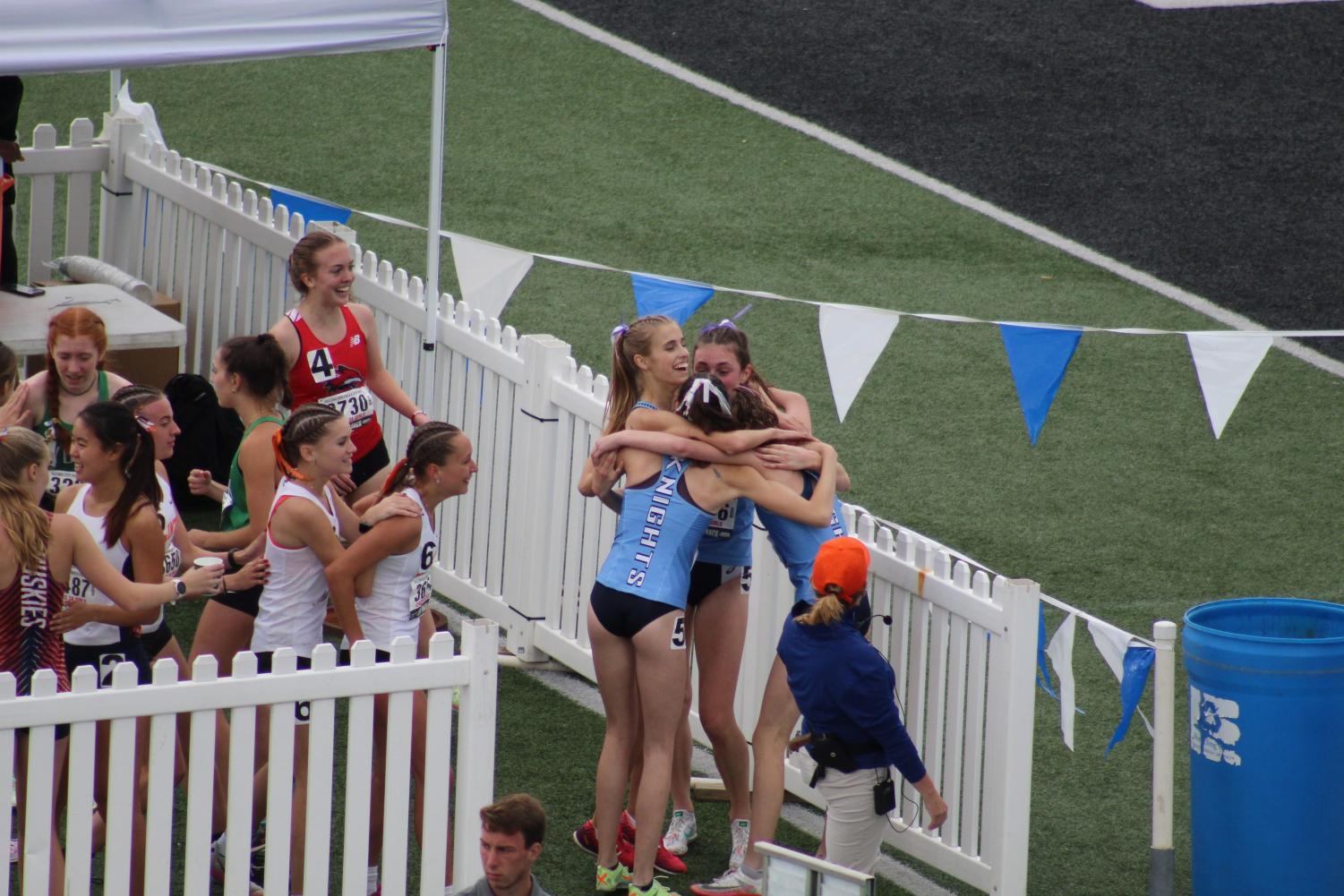 The girls’ track team took third place with 43 points at the IHSA State meet that ran from Thursday, May 19 to Saturday, May 23. Out of the 12 events that qualified for the state meet, eight medaled, which is more than any other team at the meet.

The medaling events include sixth place in the 100m (Sr. Daria Tersina), fifth and sixth place in the 800m (So. Lily Ginsberg and Sr. Audrey Ginsberg), ninth in the 200m (Tersina), sixth in shot put (Sr. Madison Payne), ninth in discus (Sr. Lily Lucansky) fourth in triple jump (Tersina), along with a second place finish for the 4x400m (L. Ginsberg, A. Ginsberg, Jr. Cameron Kalaway and Jr. Hailey Erickson) and a first place finish for the 4x800m relay team, which featured the exact same girls as the 4x400m team.

One year ago, the Ginsbergs, Kalaway, and Erickson took to the big blue track at the state meet in Eastern Illinois. They dominated the field and were crowned 4x800m relay state champions. This year, with all four members of the relay returning, they cruised to an easy victory to become repeat state champions in the event. Winning by over 10 seconds in a field with the next best teams in the entire state of Illinois, their time of 9:10.38 was enough to place them as a top ten team in the entire country. Prospect’s 4x800m relay currently has the 9th best relay time in the United States this track season.

Being repeat state champions in the 4×800 is a unique accomplishment, but equally as impressive was the performance in the 4x400m relay. About five hours after the team had stepped off the track after winning the first event of the day, the same four girls stepped onto the track to compete in the final race of the day, as well as their final race with all four together as teammates. Audrey Ginsberg is a senior, and will be continuing her cross country and track and field at the University of Illinois next year. Audrey Ginsberg, Lily Ginsberg, Hailey Erickson and Cameron Kalaway ran 3:57.6, breaking the school record by a full two seconds: a school record that they had previously acquired this season at the Trevian Invite. They are the fastest relay team in school history, and the only team to run under four minutes since 1997.

This success at state follows a legacy of winning both this season and beyond with wins in the MSL East Division, the MSL conference, sectional champions and a third place state finish.