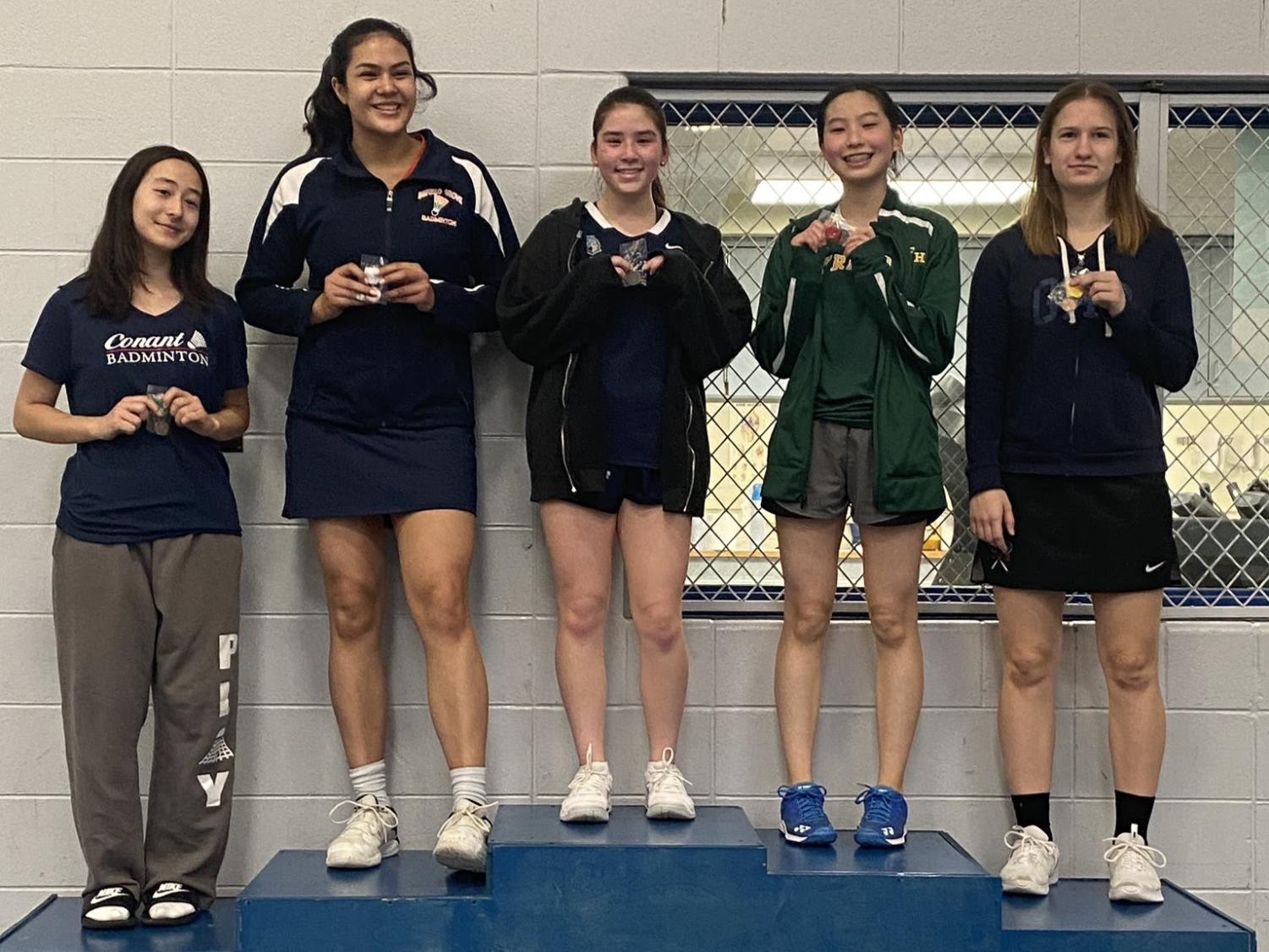 Twin it to win it, freshman badminton duo impresses

As a form of protest against his new coach at Egret Badminton Club, eight- year-old Cody Smith hid behind a wall of the gym. Humiliated by her twin brother’s incompetence, and driven to impress their new coach, Ashley Smith hauled her brother back onto the court, forcing him to participate. This was one of the first memories that the two of them share over badminton.

Freshmen twins Ashley and Cody Smith have been playing Badminton for 5 years. Together, they started at Egret Badminton Club in Schaumburg. Since then, Ashley has won first place in the MSL in her singles division, while Cody has continued to train at Egret throughout the year.

Urging her kids to stay active and be involved in an activity, the twins’ mom, Tao Smith, signed Ashley and Cody up for private badminton lessons when they were 9 years old. The twins weren’t enthusiastic about this initially, but they grew to love the sport.

“It was kind of just something we got tricked into doing, but we stuck with it because we got comfortable,” Cody said.

Although they were skeptical of badminton at first, they are glad that they have something in common. Playing the same sport gives them something to talk about at home. It allows them to relate to one another in a way apart from just being twins.

During practice, Ashley and Cody sometimes feel that because they are siblings, they can be too relaxed together. But during games, the opposite is true.

“In the games, I’ve always counted how many that I won and he lost so that I could be better,” Ashley said.

Overall, the twins think that it is good that they have each other to play with and against. The friendly competition motivates them to improve their skills to the best of their ability.

“It pushes both of us to get better and better,” Ashley said, “and it’s fun to try to be better [than each other].”

Ashley is now the only freshman playing on Prospect’s varsity badminton team. Although pleased with her accomplishment, she was shocked when she found that out. “I really didn’t think I was going to actually make the team,” Ashley said.

Although she sometimes feels intimidated by the pressure of being a freshman on varsity, Ashley loves playing with a more diverse group of people. She enjoys playing on a larger team outside of private lessons.

“We take private lessons- so it’s just me and Cody. [However], having more people there makes it a lot more fun.” Ashley said.

Although their hobby started out as a forced extracurricular activity, Ashley and Cody strive to get better at badminton. Ashley quotes her coaches that routinely inspire her as a player.

“Be patient,” Ashley said, “and take the shots as they come.”