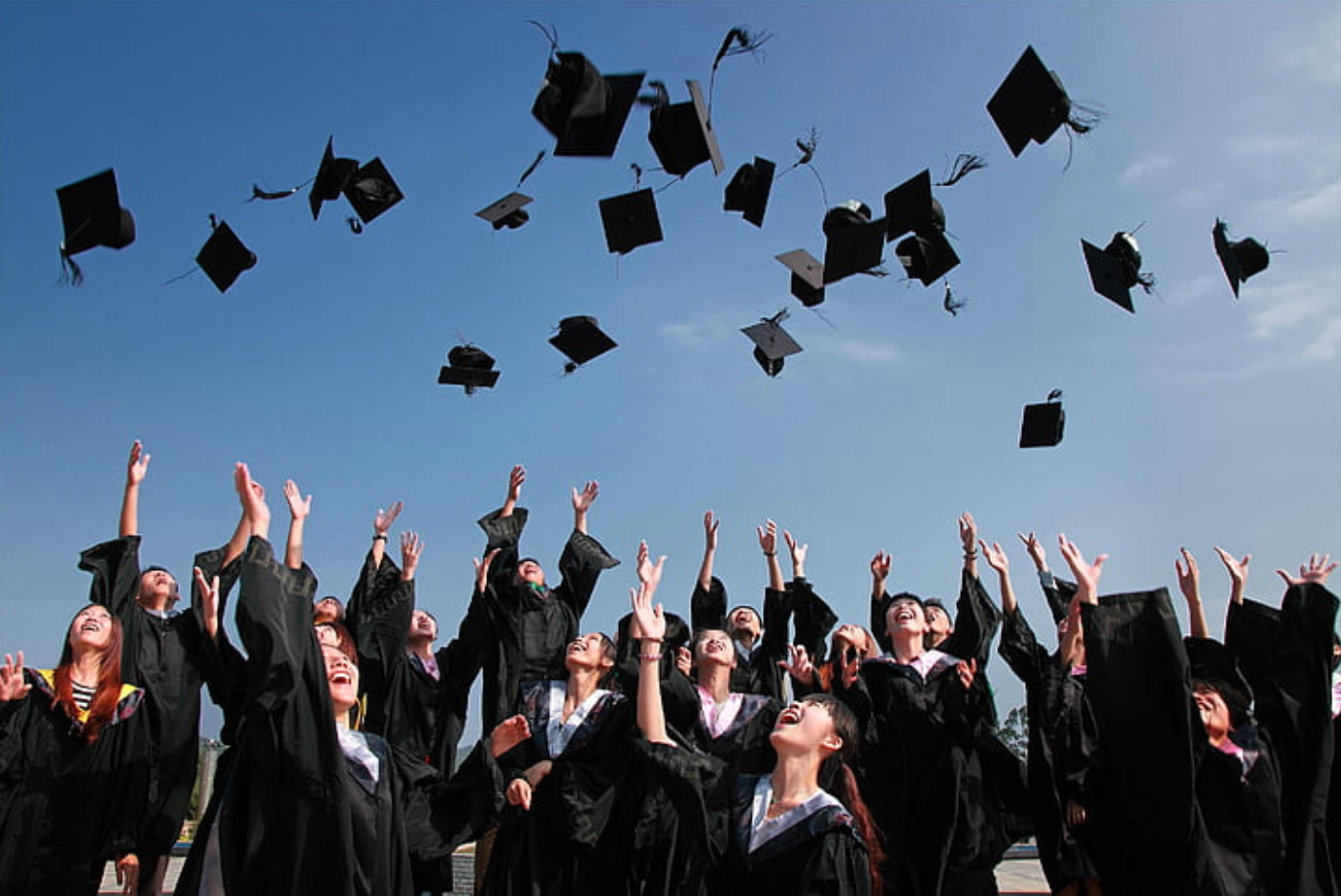 There are many overwhelming parts to ending a chapter in your life and moving off to college. Prospect alumni Kevin Cantieri and Grace Inorio, alongside Postsecondary Counselor Diane Bourn offer advice on starting a social life over by making new friends, making your own decisions, achieving high standards academically and picking a major to study for college-bound students.

How do you find a major to study in?

Cantieri, a PHS alum who currently attends the University of Illinois Urbana-Champaign as a freshman, says he had it easy when it came to choosing a major, he always knew his path was mechanical engineering.

“Ever since I was younger… I’ve always been fascinated in that type of stuff, so I knew it was the thing for me,” Cantieri said.

Even still, not all students are in the same boat as Cantieri. Bottom line, picking a major isn’t a simple decision so college-bound students should thoroughly consider their options.

“It’s all about exploration … You may change [your major] every year while you’re in college until you finally firm it up and say, ‘OK, I think this is what I want to pursue,’” Bourn said. “The more experiences you have, the more you’re exposed to different things that you may have not ever thought about.”

There are limitless options to major in and chose from and each different path can change one’s life.

Inorio, who graduated a semester early from the University of Illinois in the winter of the 2021-22 semester, double majored in Statistics and Economics and minored in Informatics. According to Inorio, not knowing what to major in is completely normal. In fact, it took Inorio almost two years of college to fully know what to major in.

“For me, I had no idea what I wanted to do … I actually went into [college] undecided … I didn’t pick a major until the end of sophomore year,” Inorio said. “I have friends who changed their major like three or four times. So as hard as it is to decide, it is also easy to change your mind.”

Even still, Inorio advises rising college freshmen to try a bit of everything.

“Try and take as many electives and the ‘craziest’ electives that you can so you can weed out what you like and what you don’t like because I’ve had friends that decided majors based on one class … in high school that they took,” Inorio said. “I only decided [to major in] statistics because I took Stat 100 sophomore year and I thought it was the easiest class in the world … If I can’t find a major that I love, why not pick a major that’s easier for me.”

This is exactly the strategy Bourn uses when undecided students ask about finding a major.

“I think a good question that I often ask is, ‘Do you see yourself working behind a desk all day, or are you the kind of person who needs to be more active?’” Bourn said. “That sort of leads you into a Venn diagram [of possible career choices]. You want to find something that you’re good at, you enjoy, and that you can think into a future career.”

However, this isn’t the only question you have to ask yourself. It can take lots of dedicated time out of your life to truly figure out what you want to major in.

“If you put the thought in and the work into it, I think you have a better chance of, ultimately, choosing a career and getting into a job that you are going to enjoy going to; that every day when you get up and have to go to an eight hour day of work it can either be a grind, if your not so excited about it, or it can be something that energizes you and is a fulfilling part of your life,” Bourn said.

What was the transition like from high school to college?

Inorio explains that the transfer from high school to college can be unbearable for the first few weeks, but slowly eases over time.

“The biggest thing was not being around your parents or adults and just being completely on your own,” Inorio said. “You can just do whatever you want, which was the biggest shock.”

Cantieri says there is an enormous amount of responsibility you have to take on once you get to college. But after these realizations, college becomes part of your day-to-day life.

“Persistence … I would get into pretty difficult [situations] that, initially, I wouldn’t really know how to do. [But now] I would ask for help or work around it … I would find out new ways [of] thinking about the problem,” Cantieri said.

Overall, Cantieri is having a great experience in college. He wakes up every day and exhibits a state of euphoria at the thought of what might happen next. He says highlights include seeing good friends, going to American Society of Mechanical Engineers (ASME) and creating life-long memories.

How do you make life-long friends in college?

Finding people who might be from the same area as you can be helpful when forming connections in college, according to Inorio.

“The University of Illinois is really big but there are a lot of people from District 214… from like Hersey and surrounding schools… and that starts a conversation,” Inorio said. “If it was that big of a school but wasn’t so close to home … then it definitely would’ve been harder.”

Inorio says that her personal experience of being in a sorority has greatly benefitted her social life and that she encourages many people to join a house.

“When you first go to college, there are a ton of opportunities to meet new people, in your dorm especially,” Cantieri said.

As a way to meet new people, Cantieri recalls the first few weeks of college when everyone’s door was always open so everyone had a chance to meet each other and, ultimately, make new friends.

Cantieri explained that there aren’t really any drawbacks to being in a fraternity. The only main difficulty, according to Cantieri, is trying to stay focused on schoolwork when the temptation of hanging out with friends is stronger.

How does Prospect prepare you for life ahead of high school?

During a mandatory public speaking class, Inorio expressed that she was very nervous for the required speeches, yet still received amazing scores on them.

“I remember thinking, if I was at Prospect I would not be getting this good of a grade,” Inorio said.

Because of this, Inorio thinks that Prospect set a high academic expectation and has prepared her for classes outside of high school.

“I think that Prospect has a ‘leg-up’ education-wise,” Inorio said. “Prospect has a high level of [academic] expectation … that was higher than some of the classes that I took at [U of I].”

Inorio also believes the education at PHS has not only helped her for college, but also, the staff at PHS.

“A lot of [the staff] were very encouraging … which was helpful because I know there were some students who probably … [would] not have wanted to go [to college] if the teachers did not push them,” Inorio said.  “A lot of teachers offered to help out with [college entry] essays or they were always open about writing recommendations for us … they were also really good about telling their own college experience stories.”

Inorio isn’t the only one who’s been positively affected by Prospect’s rigor.

Cantieri claims he hasn’t had much trouble with the transition from high school classes to college classes because of Prospect’s “really good academic records … I was ready for the level of work and the tests and quizzes at U of I.”

How can you deal with the college’s workload?

“Freshman year … I didn’t realize I didn’t have to spend so much time on homework. And I thought I had to put all this [effort] into it,” Inorio said. “For freshman year [sleep deprivation was caused by too much effort in doing] homework.”

Organization, Cantieri says, is the key to managing college’s workload. In order to do this, Cantieri explains that he sets strict deadlines. Sometimes he has to sacrifice the things he loves to do to make sure he gets his schoolwork done.

“You [have to] prioritize in … school … You’re paying all this money, devoting all this time. You have to get your [school work] done first,” Cantieri said.

Canteri keeps an assignment notebook along with a calendar with him

“Having organizational skills is a big thing … Making sure you have time for your homework and stuff before you hang out with your friends is really important. [Once] you get behind, it will be really hard to climb your way back,” Cantieri said.

Overall, is college a fun experience?

“I am a really big advocate for college because of how much it changed my life. I was exposed to [many different types of people],” Bourn said. “[College] really expanded my world and I think that the fact that you’re in college for four years and on your own, making decisions, having to be independent really prepares you for being an adult. You almost get a little bit of that ‘buffer’ phase.”

Much like Bourn, Inorio believes attending college is extremely beneficial.

“I hear older people say that if [you think] high school are the best days of your life, don’t say that, because you are going to have so many [more] fun years, which is true,” Inorio said. “[College made me feel] more responsible. I’ve definitely … grown up a bit, I’ve become … more outgoing, I made a bunch of friends … meeting everyone and see[ing] how I’ve been able to create memories and grow as a person.”