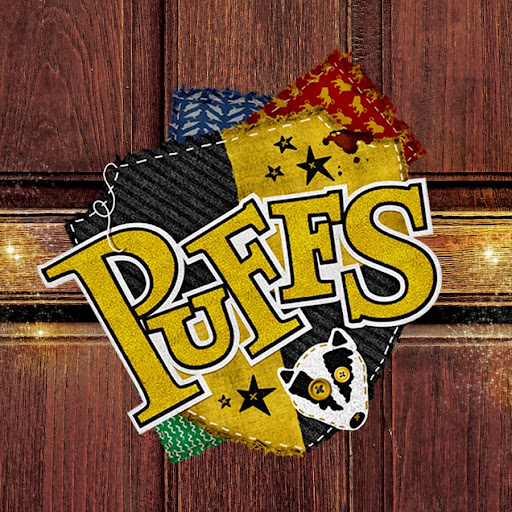 From the magical world of Harry Potter comes the new and fantastical story of Puffs. This show follows the three main characters, Wayne Hopkins, Megan Jones, and Oliver Rivers as they navigate the same 7 years as Harry Potter and his friends. Oliver, Megan, and Wayne, after being sorted into the “most hated house” of Hufflepuff, struggle to find their place in the crazy adventures of Hogwarts School Of Witchcraft and Wizardry and the events of the Harry Potter series. The Puffs learn to deal with the dislike of absolutely everyone else in the school while still being a hilarious, well-oiled team.

Puffs is a comedic play put on by a hilarious cast of students. Returning for the fun, from the original Harry Potter series, are beloved characters like Cedric Diggory, Professor Severus Snape, and everyone’s favorite villain, Voldemort!

“I think this show will make you laugh from moment one to the end,” says director Jeremy Morton. “It’s an amazing opportunity to connect to a story we all kind of know but by telling it in a very new and different way.”

This show is a nonstop good time with lots of charm along the way. Puffs will be performed at Prospect’s theater on October 13th-15th starring senior Juliet Aquino as Wanda Hopkins, senior Maria Anzalotti as Megan Jones, and sophomore Will Sieroslawski as Oliver Rivers. Come find out for yourself what the magic of Puffs is all about this October for $7 a ticket. (See U there!)