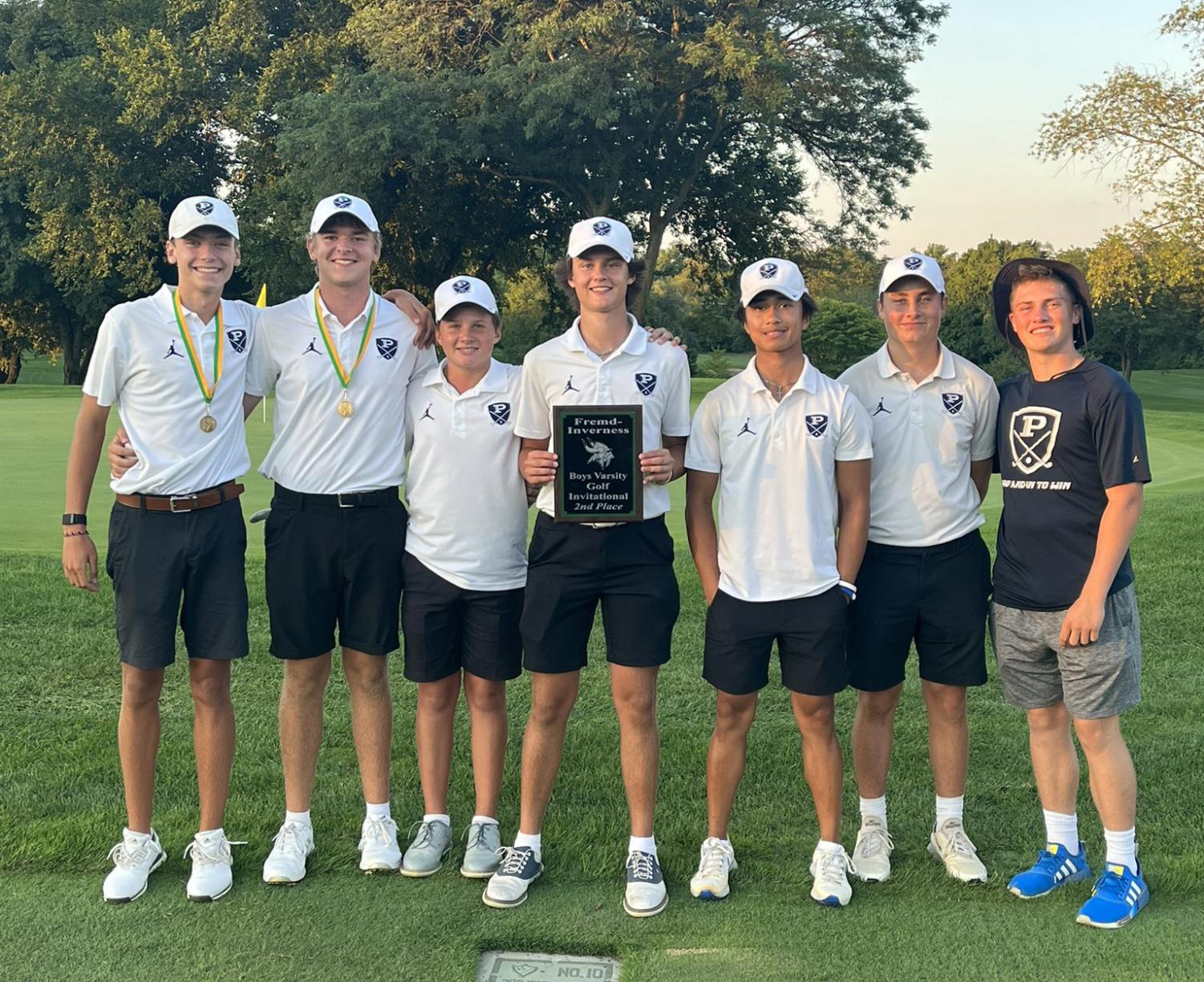 The boys’ golf team displayed a strong start to their season on Aug. 22 with a second place finish at the Fremd Invite in Inverness, finishing with a season-low score of 299. This put the team just two strokes behind New Trier, last year’s state runner-up, and allowed them to beat out reigning state champion team Glenbrook North by four shots, according to head coach James Hamann.

The boys also found success at the Elk Grove invite on Aug. 12, their first of the season. The invite follows an unconventional format: a varsity player is paired with a JV player to compete in a two-man scramble, which, according to Hamann, makes it a fun start to the season.

While the Knights were losing by eight strokes to Palatine with about five holes left, the team rallied, scoring multiple birdies and several eagles to win the invite by eight strokes.

The team also won matches against Maine South and Glenbard West on Aug. 13 and 20 respectively, giving the team a strong indicator of their potential going forward.

“It sends the kids a message that we’re one of the favorites in the area to compete at every event and beat the top teams in the state,” Hamann said. “So it just … gave us some confidence and reassurance of where we’re at.”

Hamann attributes much of the boys’ early success to the amount of training that they did in the off-season, with several of the team’s top golfers practicing every day over the summer.

While Hamann is very confident in the team’s top two golfers, Luke Krueger and Patrick Raupp, he has been impressed by how hard the rest of the team has been working in practices to lower their scores to support Krueger and Raupp in the upcoming season.

Hamann understands that there is still lots of hard work ahead for the Knights; however, their early victories have given them a promise of what they can accomplish going forward.

“The boys are showing themselves that we belong and that we can make some noise this year at the state finals,” Hamann said.