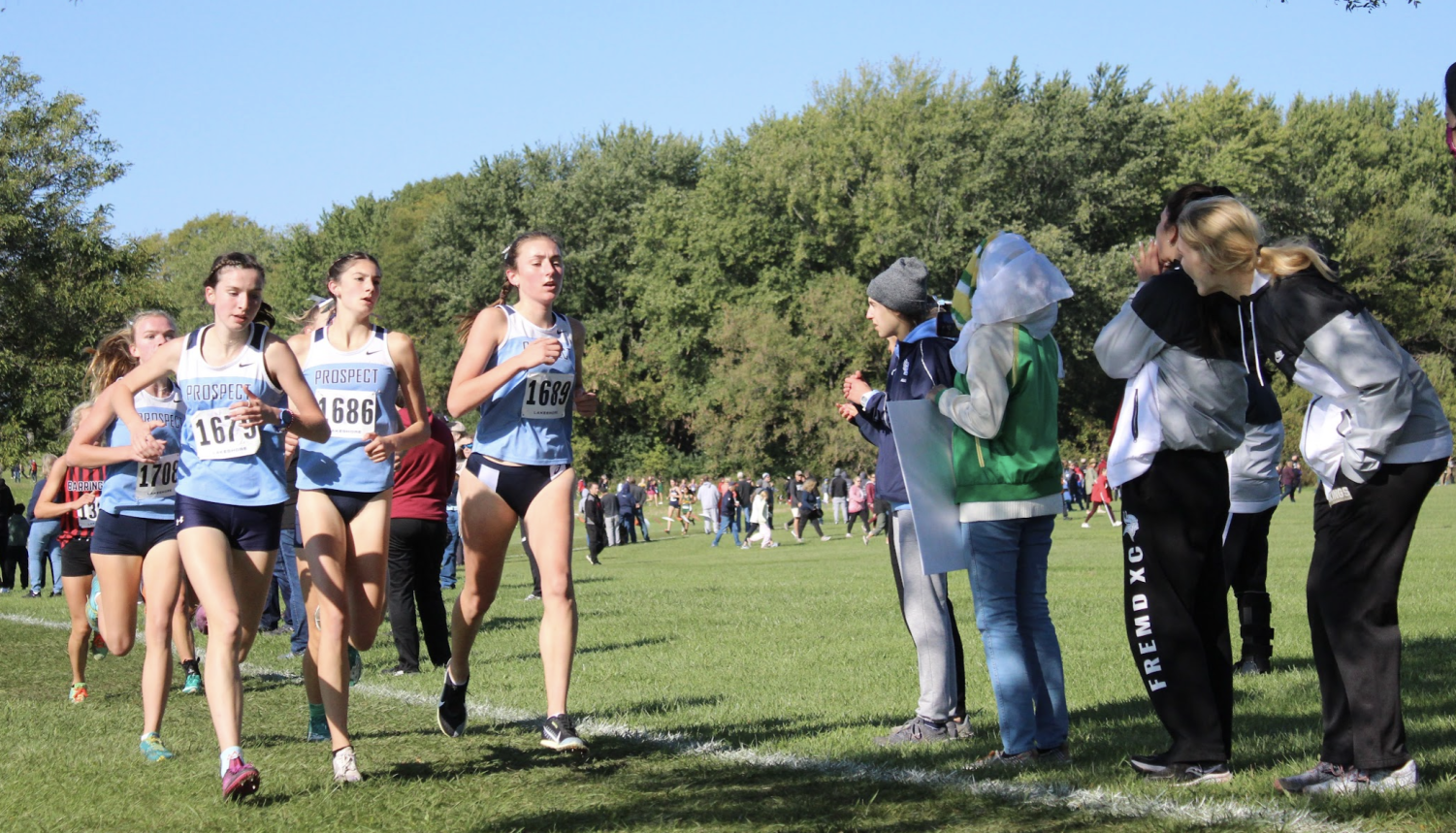 The Prospect pack runs together at MSL Conference in 2021. (Photo courtesy Alyssa Degan.)

The Prospect pack runs together at MSL Conference in 2021. (Photo courtesy Alyssa Degan.)

Rubber to the road

Cross country starts off on the right foot, beating Barrington in first meet of the season

The bar is set very high after the first meet of the Girls Cross Country season. On Tuesday, August 30th, Prospect pitted itself against Barrington High School in an amazing showcase of endurance and athleticism.

Claiming 1st place in the varsity race with a time of 19 minutes and 24 seconds was sophomore Veronica Znajda. Hot on her heels were seniors Hailey Erickson and Cam Kalaway, both with times of 19 minutes 28 seconds.

The varsity race required the athletes to run through stretches of cool, shaded forest instead of tearing across a field, something Znajda greatly enjoyed.

“We were all in a pack, all the Prospect girls, and it was really nice to feel my teammates next to me,” Znajda said.

Emotionally fueled by both her success and the school’s collective victory, Znjada hopes to carry forward the team’s winning mentality as the season progresses.

“We did a really good job of pushing each other and staying together and working as a team to all do well, so I really hope we can do that in more races because it really helps to run with each other and motivate each other,” Znajda said.

Last week’s triumph boosted the entire team’s morale and fueled the fires of their ambition to win more races and put 100% effort into every competition that follows.

Not only did Znajda win the varsity race against Barrington, she beat her own personal best 3-mile time in the Hornet Red Devil Invitational meet, just four days later, on Saturday, September 3rd. Her PR is now a very impressive 18 minutes and 17.6 seconds.

With running shoes and can-do attitudes, the athletes will take on many other schools in an invitational meet at Lake Park this coming Saturday.