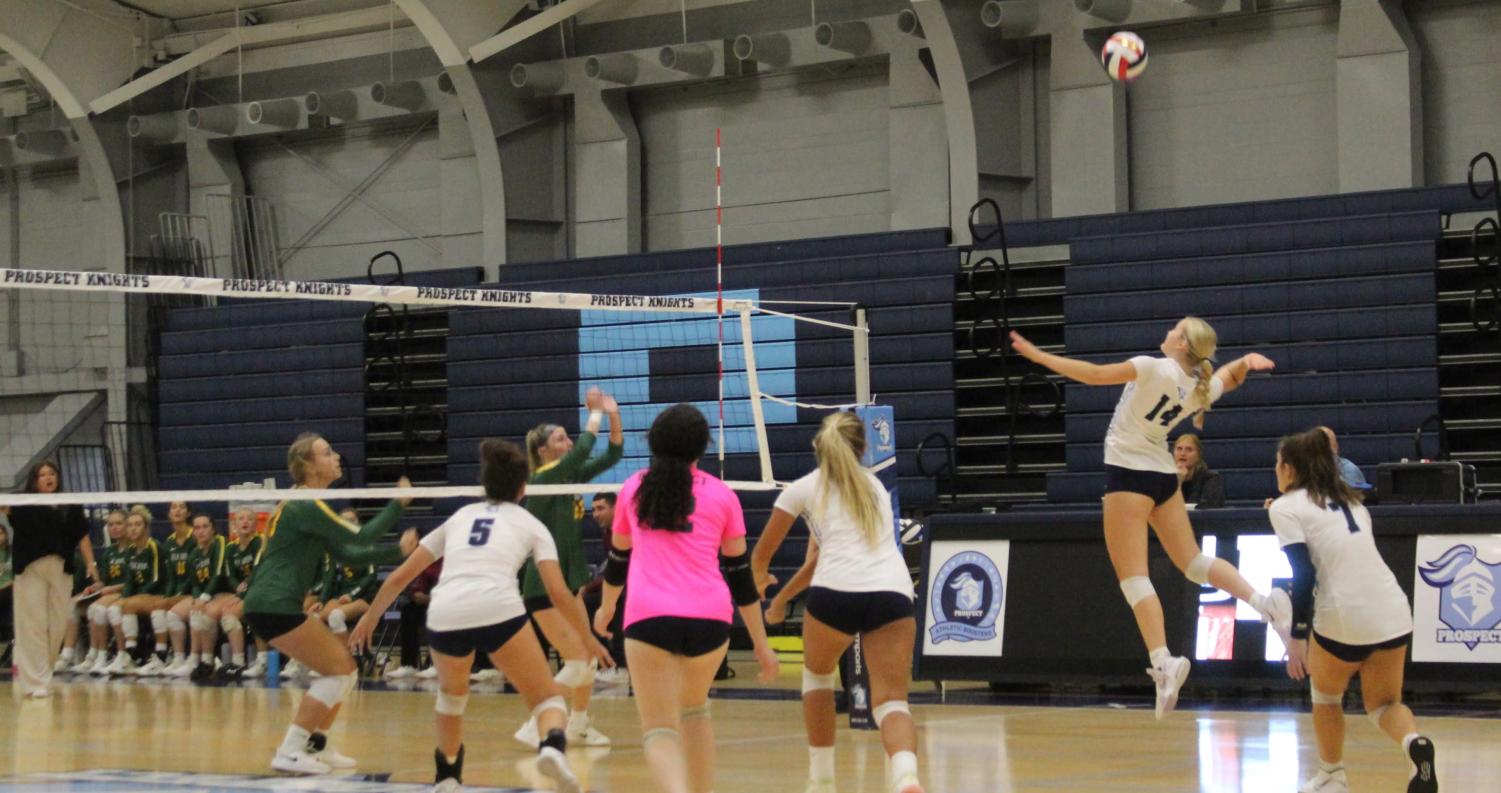 Senior Shelby Hiskes hits the ball in a match against Elk Grove on September 13th. (photo by Alyssa Degan)

Senior Shelby Hiskes hits the ball in a match against Elk Grove on September 13th. (photo by Alyssa Degan)

Girls’ volleyball aced their way into a full sweep

On Monday, August 30th, girls volleyball won all of their games against Deerfield High School. They showed a huge improvement in their skills and continue to work hard to grow and learn as a team. With varsity losing their first two games of the season, this full sweep sets new expectations for the program.

First year varsity head coach Kevin Kolcz talks about his excitement for this year’s team. “We have a really good team dynamic. A lot of the team has had me before as a coach when they were sophomores, so it’s been fun coaching them again,” Kolcz said. “But with that, there have also been some changes in expectations. We are trying to learn from each other; what I want, and what they want this season.”

The varsity game against Deerfield started with a loss in the first match 13-25, but they stepped up and won their second and third match 27-25, and 25-18 totaling a 2-1 game. Similar to varsity; junior varsity, sophomore, and freshman also started with losses but as a team have worked together to take some wins, grow, and learn from each other.

With a senior-heavy team, varsity has a lot of experienced players who can play different positions giving them a flexible team, and the ability to play cohesively together.

Different from last season, girls’ volleyball strives for a healthier and more successful season. With the number of injuries last year, varsity only had seven players on the team at one point, which held them back tremendously throughout the season. Due to the amount of injuries and less opportunity to come together as a team, Kolcz believes that last season didn’t reach the potential it could have had.

“I think a lot of the seniors that were juniors last year feel like the season was a disappointment,” Kolcz said “Hopefully this season we stay healthy and do what we need to do so we win more games and maybe even regionals coming up.”