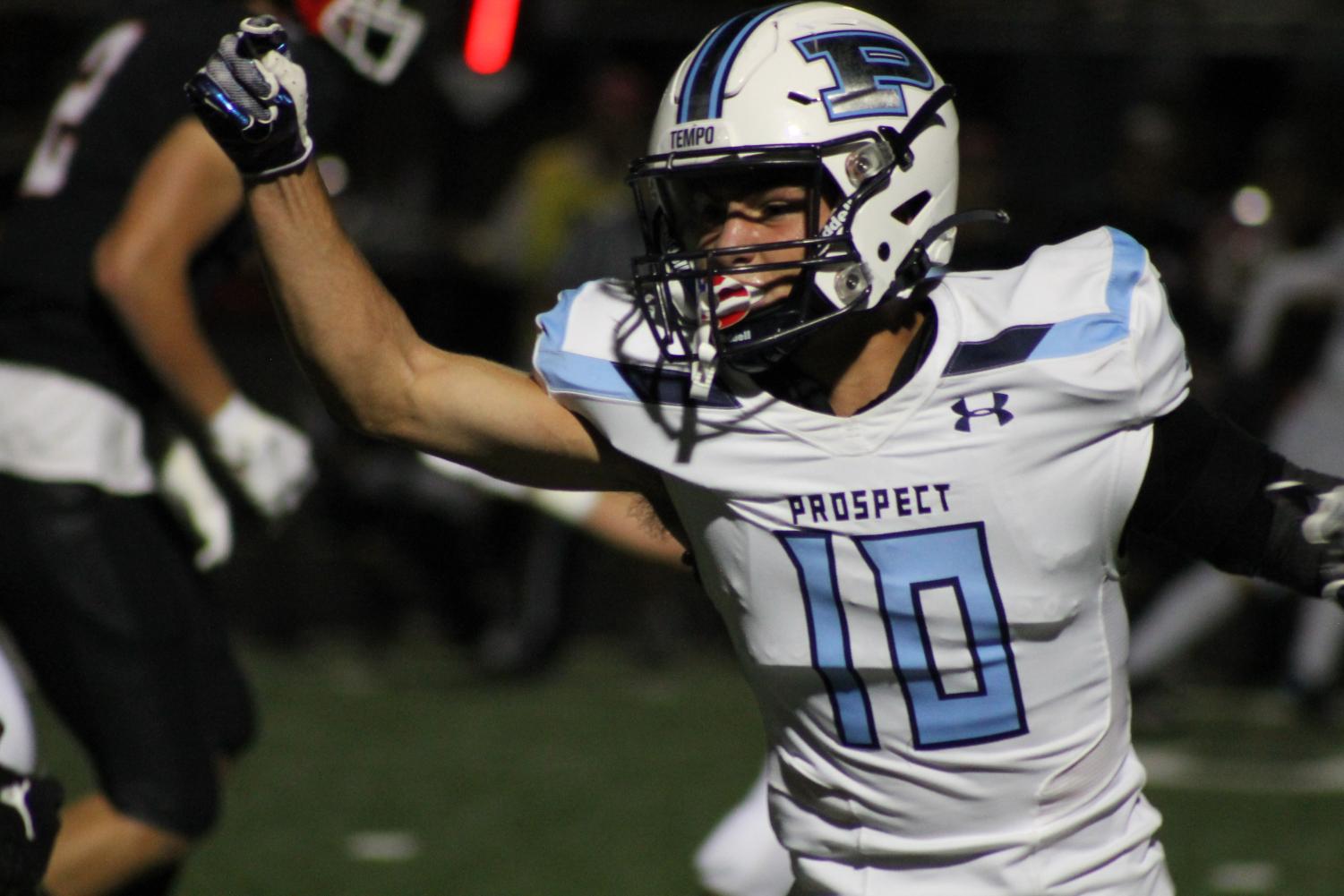 On Thursday, September 15th, the Knight’s football team faced off against the #8 ranked team in the state, Maine South. Maine South got the early lead, scoring the first touchdown. However the Knights quickly responded. Quarterback Brad Vierneisel connected an 83-yard pass to Northwestern commit Frank Covey. This put the Knight up 7-6. By the end of the first half, Prospect had the lead 27-13.

The scoring drives went back and forth in the second half. Maine South and Prospect each responding to each others touchdowns. With 44.5 seconds left in the game, Vierneisel threw a touchdown pass to Gavin Flanagan. This would help the Knights regain momentum, but they were still down by one point.

The score was 41-40 and the decision was obvious that they would go for the two point conversion. Vierneisel looked for an open player in the endzone, but no one was there. Instead, he took charge, hurdling over the Maine South defender to put Prospect in the lead 42-41.

This game winning play led Prospect to defeat the #8 team in the state. Maine South was unable to make any efficient plays in the final 44 seconds, and the final score was 42-41. 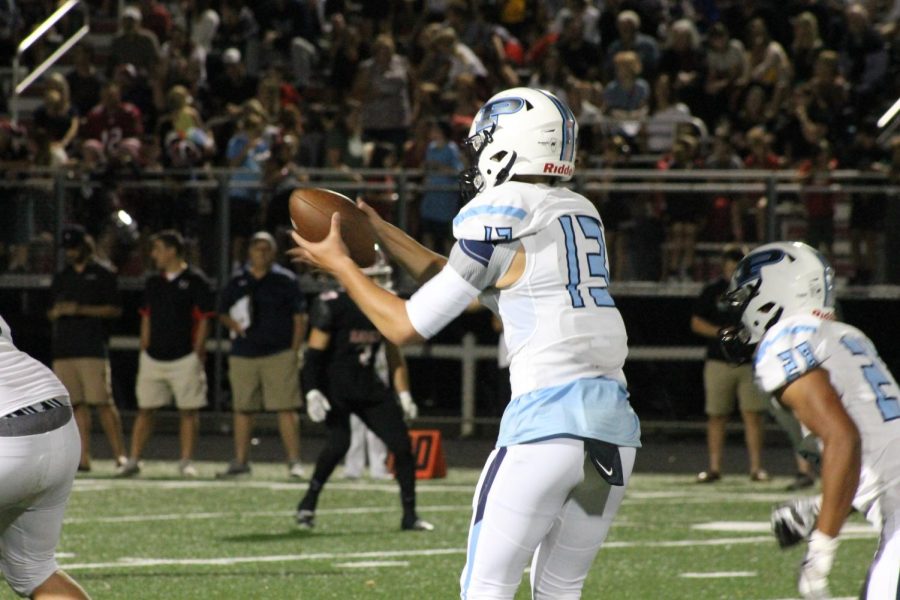 Gallery|10 Photos
As starting quarterback Brad Vierneisel receives the snap, he looks around for an open player to pass to.
Leave a Comment