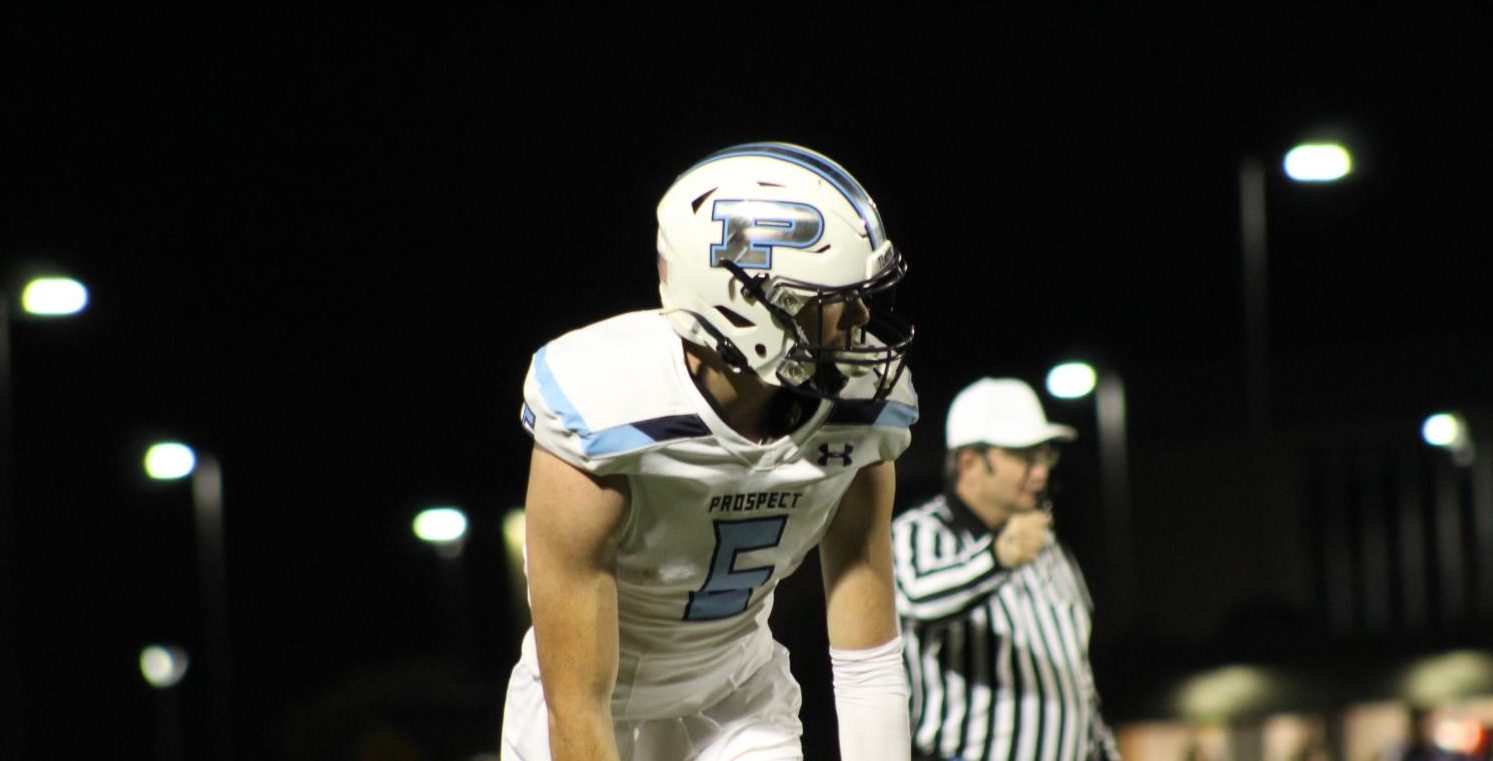 Senior Frank Covey awaits the start of the play. (photo by Alyssa Degan)

Senior Frank Covey awaits the start of the play. (photo by Alyssa Degan)

Knights bounce back with statement win over Grenadiers

After a scrappy game of football for both teams, the Knights (5-1) beat the Grenadiers (5-1) to come back from a heartbreak loss against the Huskies last week.

“Going hard every play especially when you know the ball’s not coming towards you and not taking any plays off, and focusing on the small details whether it’s coming in on time at zero hour or doing your whole lift,” Covey said.

The Knights had a strong first half out scoring the Grenadiers 21-0. Covey ended up playing really well; he caught two of those three touchdowns on big plays. Covey ended up with 189 yards, while his quarterback Senior Brad Vierneisel had a solid 295 passing yards.

Throughout the half, Vierneisel took advantage of his speed and took off many times for some good yardage. On the other side, the Knights defense was explosive and pressured Elk Grove’s quarterback senior Mitchell Janczak who threw for 246 yards.

In the second half the Knights offense slowed down, and the Grenadier’s offense got going. After stringing together some long drives, Elk Grove cut the score to 28-21 with 4:19 in the third quarter.

With about 10:00 in the fourth quarter, Covey delivered the finishing blow for the Knights when he punched in the endzone on a run for about five yards. That gave the Knights a 35-21 lead that remained untouched for the rest of the game.

Covey said he was determined to score on that big play.

“One of the kids [on Elk Grove] was talking [smack] to me before that play so I knew I was getting into the endzone on that play no matter what,” Covey said.

The Knights look to add to their win column heading into a home game next week against the Buffalo Grove Bison (2-4).

“…They can throw anything at us and we’re prepared for everything,” Covey said. “More focusing like last week on ourselves more than the opponent, [and] just getting better each day.” 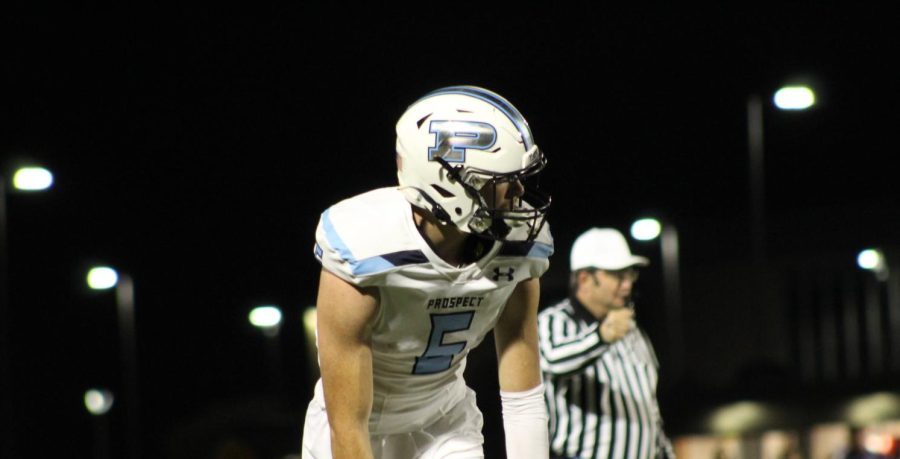