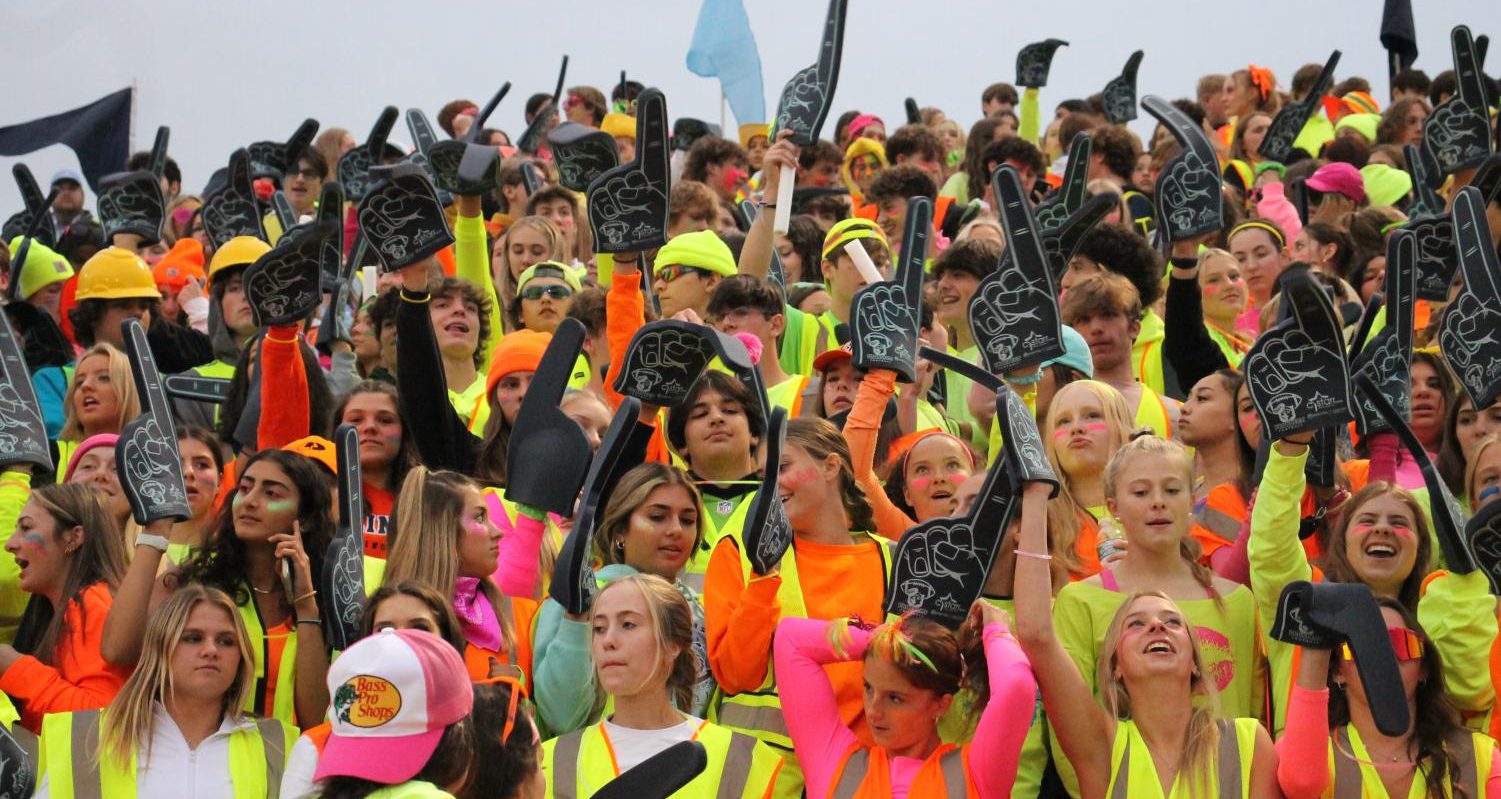 Decked out in neon, Prospect fans cheer loudly during the Hersey vs. Prospect game at George Gattas Memorial Stadium on September 23rd. (Photo by Priyanka Shah)

Decked out in neon, Prospect fans cheer loudly during the Hersey vs. Prospect game at George Gattas Memorial Stadium on September 23rd. (Photo by Priyanka Shah)

Over a week has passed now since Prospect and Hersey played each other in football, and even if the 41-34 loss was not what Prospect fans would have wanted, it was truly a great game.

But I think one thing that sadly ended up overshadowing the effort that both teams gave was the behavior after the game. I’m not talking about the Hersey student section storming the field which, even if I think was in poor taste, was justified given that Prospect did the same thing on their home turf last year.

The multiple incidents that happened once the game was completed, are truly embarrassing for both schools and end up hurting everyone overall.

I understand that this is a big rivalry game and has huge implications for both schools, but I think as more games have been played over the years, both schools have shown less and less sportsmanship to each other.

Incidents between both Hersey and prospect students have happened, and very little respect has been shown. Of course the incidents aren’t really that huge, but it still shows that problems are occurring.

In my opinion I think there are solutions to try and fix the problems that we have seen between these two schools. We need to create a healthy rivalry, one where fans on both sides can show respect to each other and enjoy the game.

We should be able to have our friendly competition, but we don’t need to storm each other’s fields and do other things that show no respect for each other.

I think if we do those things we will have a much more healthy game experience for both schools, and that will benefit everyone.