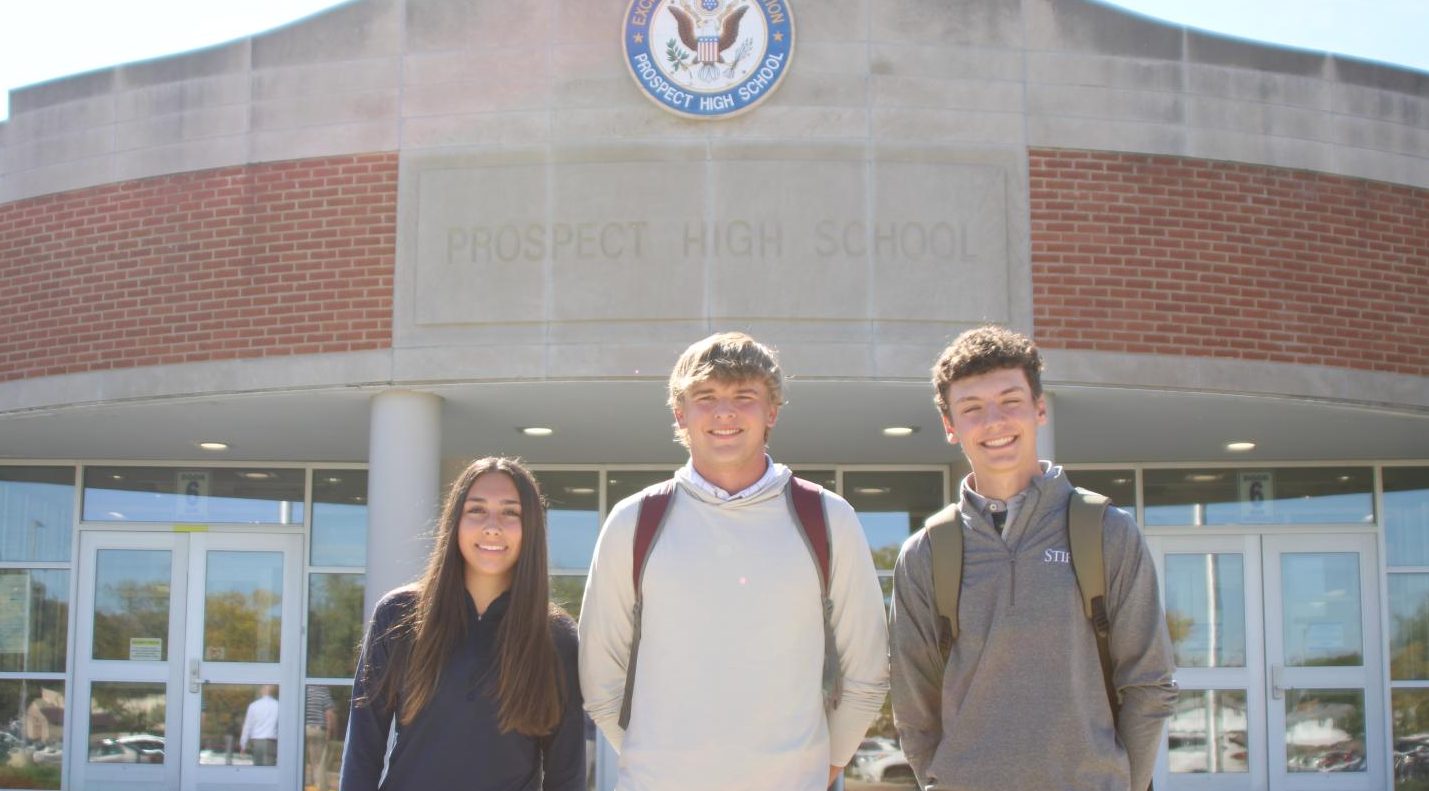 The excitement was palpable at Heritage Oaks Golf Course in Northbrook on Monday, October 3, with three Prospect players qualifying for state. Representing Boys’ Golf were junior Luke Kruger, tying for second place in sectionals, and junior Patrick Raupp, tying for eighth. The only female state qualifier, junior Emily Torok, qualified with a score of 85.

For Torok, the sectionals match was especially nail-biting since she tied with Sarah Sim, the regional champion from Fremd. Torok and Sim went head-to-head in a two-hole playoff to determine who would move on to state.

With seventy sets of eyes laser-focused on every stroke, it was crucial that Torok keep her composure.

“With the pressure, I had no time to think, so I just kind of displayed my game and trusted in my ability,” Torok said.

Both players bogeyed on the first hole. On the second hole, Torok just missed a birdie putt, then triumphantly sunk a par, finally beating Sim.

In her victory, Torok was immediately embraced by her teammates. For a moment, she couldn’t fully comprehend what she had done, having reached the culmination of years of dedication and practice.

Torok has played golf since 8th grade, making it to state for South Middle School’s girls’ golf team. After joining Prospect’s team her freshman year, she has played ever since.

Spurred on by her achievement at sectionals, Torok spent most of the Wednesday off at Rolling Green Country Club in Arlington Heights, sharpening her skills and priming herself for Friday’s state match.

“I hope to carry forward staying positive and having a good mentality… just taking it shot by shot and not stressing out too much … playing my game, staying calm, getting myself in a zone so I can perform to the best that I can,” Torok said.