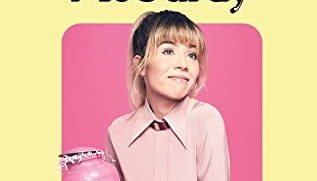 “I’m Glad My Mom Died:” don’t judge a book by its title

Pastel pink and an ethereal pale yellow: two Easter egg-esque colors of whimsy and spring. Lightness, all around. A smiling young woman, holding something that is seemingly stuffed to the brim with confetti. 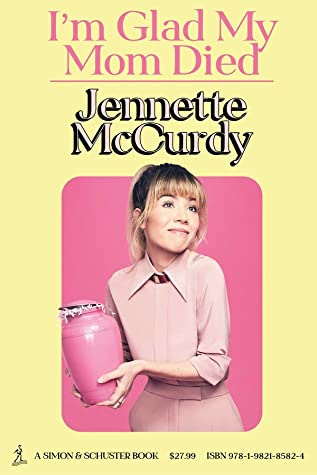 Did I mention that “thing” filled with confetti was an urn?

With its bold title and bright cover, Jennette McCurdy — who is widely recognized for her role as Sam on Nickelodeon’s “ICarly” — writes a poignant memoir depicting the abuse she faced at the hand of her mother growing up and as her time as a child actor. With a one-woman play and an audiobook narrated by McCurdy to pair with it, you better believe this book is intentionally marketed to ruffle some feathers. I mean, the stark contrast between that title and the smiling McCurdy is a recipe for internet shares and bookshelf pickups.

Yes, while the title is a bit crude, even off-putting for some, people should not dismiss this memoir immediately. To do so would be to miss the entire point; the memoir, at its heart, navigates the complicated questions surrounding what, if anything, a child owes a parent that mistreats them.

The first scene depicts the McCurdy family leaning over their mother’s bed as she lies in a coma, each whispering good news, hoping, by some miracle, that their news will spark enough joy to awaken their mother. Typical, happy things are said: finally proposing, getting that new job, you get the gist. It’s McCurdy’s confession, however, that sets the tone for the whole rest of the book: she finally reached 89 pounds.

This revelation, McCurdy thinks, will be the piece of joyous news that wakes her mother from her slumber. After all, that was her mother’s target weight for her.

It’s McCurdy’s earnest yearning for approval, the hope that this news that is so good that it will finally bring her mother away is jarring, to say the least. It is also the perfect way to delve into the root causation of the rest of the book.

Truly, the complexity here is everything.

This inner turmoil — as seen by the opening scene and countless others — is ever present. The harnessing of a youthful voice allows for young McCurdy’s naivety to shine through.

While the writing can be considered basic at times in complexity, the tone that McCurdy uses is very matter-of-fact: “Yep. This is how it went down. This is the way it was.” It shys away from the cushy, metaphor-landia type writing in lieu of a fast-paced storytelling method that felt more raw.

Additionally, the humor is sharp (in a blunt way, not a ha-ha-ha-I’m-clutching-my-side-in-laughter way), which nicely contrasts the weariness of abuse that the story’s progression follows. It doesn’t go over the top either, instead harnessing a snarky, hardened edge as it depicts the cruelty that McCurdy faced.

This edge pairs nicely with the fact that, as McCurdy ages, the self-awareness of the situation pokes through her consciousness more and more, but never to the point of absolute clarity because, after all, a mother is still a mother. But does a mother teach anorexia to her adolescent daughter? Is she a narcissist who treats her child as a doll, rather than an actual, real-life human? Does a mother live vicariously through her daughter to the point of unhealthiness?

This complexity and inner grappling is what truly makes “I’m Glad My Mom Died” stand out.

This is the type of book that makes you feel ill reading it. I literally felt sick and anxious when I finished this book, it evoked such a guttural reaction. McCurdy’s account is so raw, so complex, so well done in every way. And I’m not even a memoir gworile.

Those looking for a tell-all exposé of the abuses committed by Nickelodeon — a lil tea sesh of sorts — are sorely mistaken for what is in store. McCurdy doesn’t necessarily veer away from sharing her experience with “Sam & Cat” (bad) or her encounters with Dan Schnieder (very bad), but at its core, that is not what the story is about.

With that in mind, for the sections of the book that do delve into those experiences, an extensive knowledge of Nickelodeon or “ICarly” is not necessarily in the slightest. Hell, you don’t even have to care about McCurdy as a person in order to read this book and have a positive — for the lack of a better term — experience with it. In fact, my only interaction with “ICarly” is from one of my friend’s sixth birthday party, yet I was able to see the groundbreaking nature of this memoir and what it sets out to do.

The purpose of “I’m Glad My Mom Died” isn’t to take shots — though it doesn’t shy away from it (I mean, look at the title) — but it never does so just for the sake of doing it. Everything included within this book’s 320 pages is wholly Jennette’s story; it’s not meant to be a temper tantrum or a finger pointing moment. It’s raw; it’s truthful; it sets out to do everything it aims to do before finally coming to the complex realization for McCurdy: “I’m Glad My Mom Died.”

Pastel pink and confetti urn, in all.