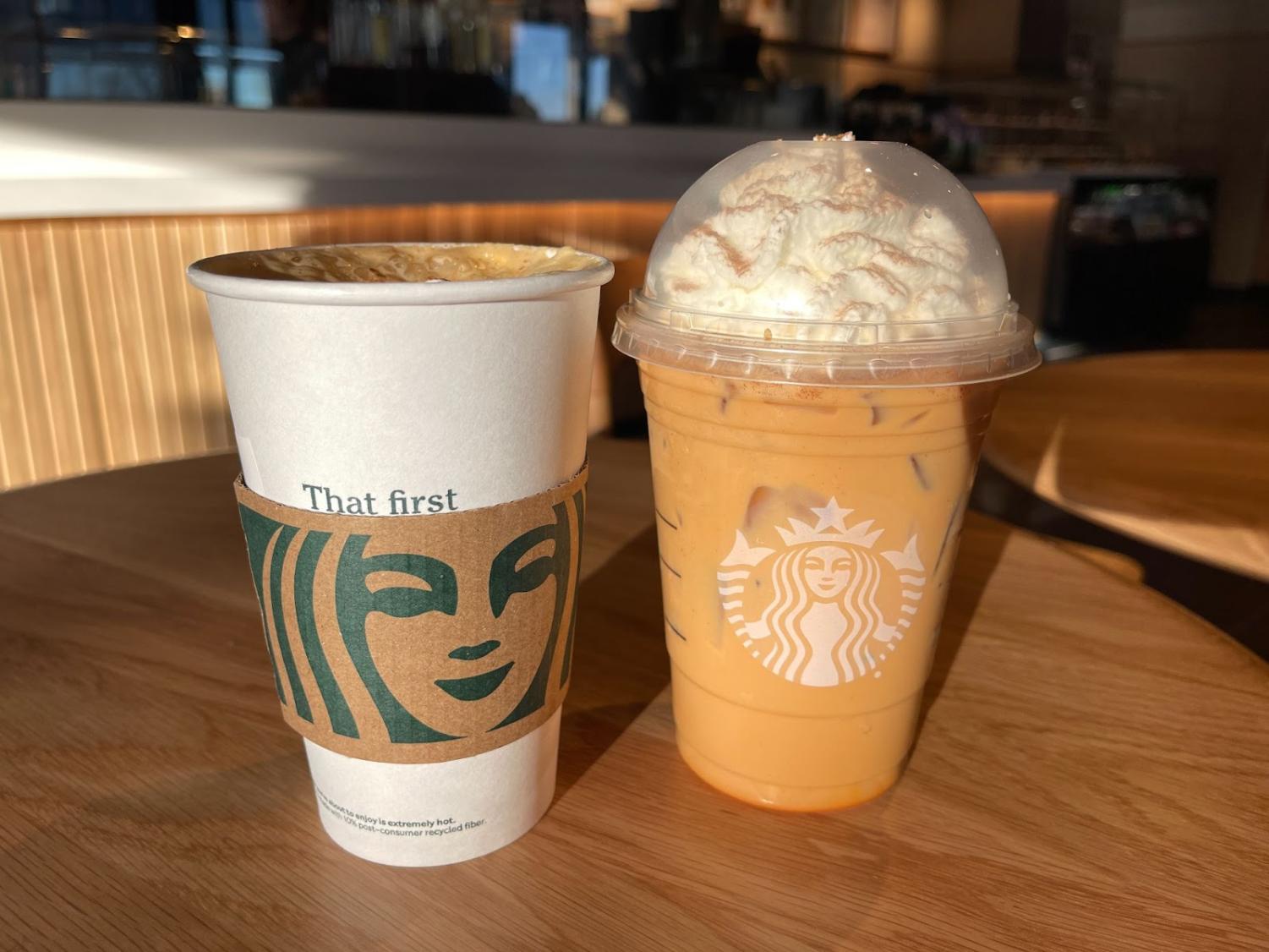 Spice up your life with Starbucks fall classics

August: the month of temperatures that feel 100-plus degrees, back to school season and the start of fall. But wait — fall doesn’t start until late September, right? Well, not for me. Fall officially starts when Starbucks releases their famous lineup of fall drinks, including the Pumpkin Spice Latte (PSL), which was released on Aug. 30 this year.

The early start to PSL season doesn’t deter customers from running to their nearest Starbucks to grab one of these concoctions. Consumers can get the full essence of a jack-o-lantern in a few gulps, prompting them to come back time and time again to fulfill their craving. According to ABC 7, Starbucks alone sells 20 million PSL’s annually. Additionally, the beverage gave the company its most successful sales week of all time this year when it came back to stores.

Don’t get me wrong, I feed off of the latte’s popularity as I too make an effort to head to Starbucks on the release date each year. I love a good PSL to get me in a spooky state of mind, but it isn’t my favorite fall drink Starbucks has to offer. In fact, this year’s seasonal menu has alternatives for those who don’t like to feel like they are drinking a fake, liquified gourd in a cup. The Pumpkin Cream Cold Brew, for example, still gives you a taste of seasonal goodness with its pumpkin cold foam layered on top of the cold brew with a hint of vanilla syrup.

For those who aren’t fans of pumpkin, the Iced Apple Crisp Oat Milk Macchiato is reminiscent of the caramel apples available to snack on at apple orchards. This drink is also dairy-free for those who may require this change. Additionally, the pastry case in stores also features harvest-themed treats such as the Pumpkin Cream Cheese Muffin and Pumpkin Scone, as well as the new Owl Cake Pop.

Even though these all sound delicious, the drink that gets me in the fall spirit the most is the classic Chai Tea Latte. Even though this drink is available year round, I love being able to add pumpkin cream cold foam on top to give me just enough autumn-inspired sweetness.

With all of these options on hand, why is the main focus of people’s fall taste buds still the PSL? Even though it will forever be a staple in my fall bucket list, a switch-up can be beneficial for those wanting to venture out. Fans can still wear their oversized sweaters, ankle boots donned with fuzzy socks and listen to “Red” (Taylor’s Version, of course) while sipping on a Pumpkin Cream Cold Brew instead of a PSL for the fall vibes they crave.

So, next time you feel the inkling to mobile order a midday pick-me-up, maybe scroll past the first option of the PSL and look at the array of other refreshments to get that sense of fall coziness.