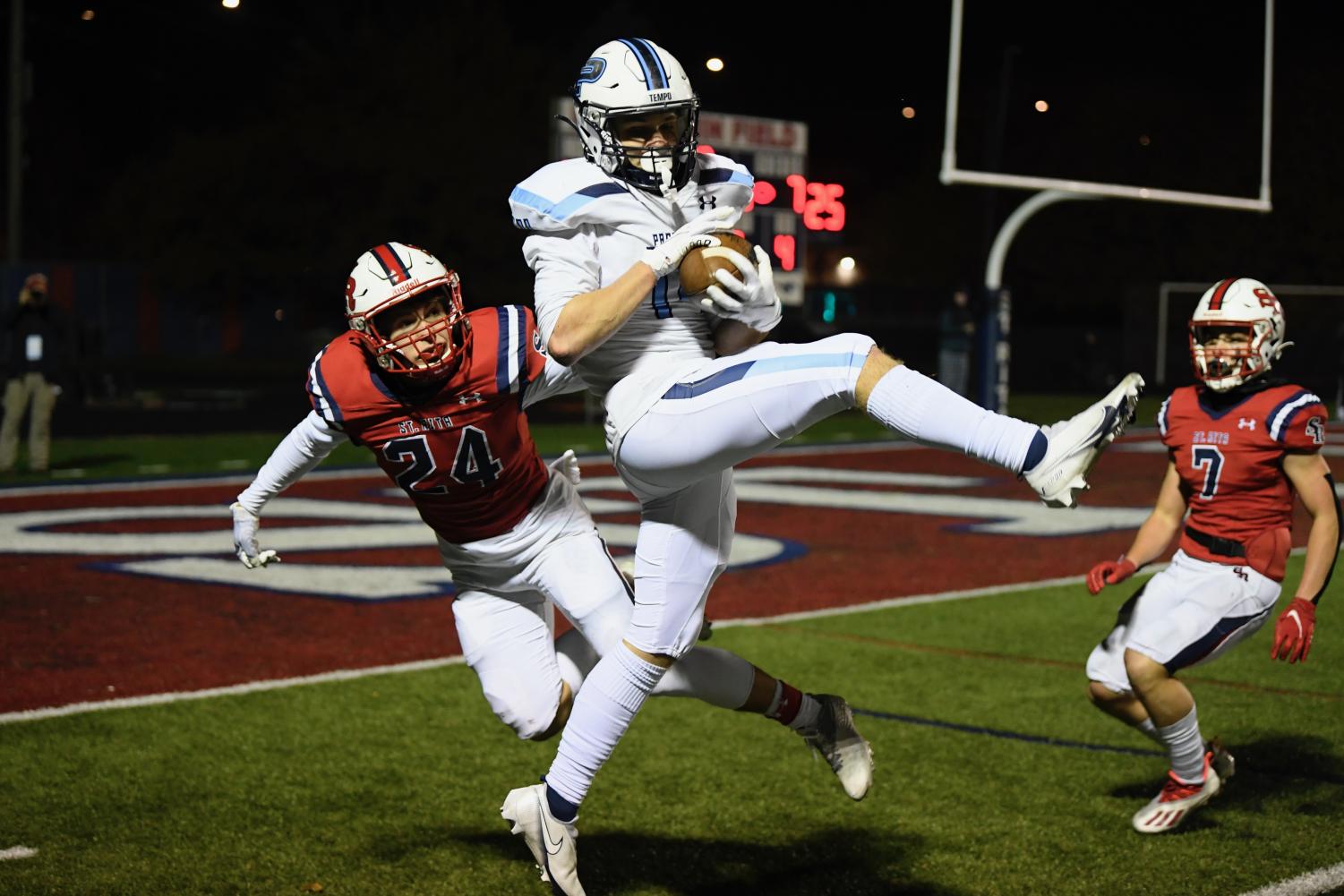 The Knights battle against St. Rita in the state semi-final game on Nov. 20, 2021. In an unfortunate end to the season, Prospect lost to St. Rita 42-20 at St. Rita’s home field.

The Knights battle against St. Rita in the state semi-final game on Nov. 20, 2021. In an unfortunate end to the season, Prospect lost to St. Rita 42-20 at St. Rita’s home field.

St. Rita rematch on the horizon; Knights bound to round two

Last year after an exciting run in the playoffs, the Prospect Knights got knocked out of the 7A football semifinals by St. Rita. 2021 Prospect alum, wide-receiver Owen Walter, remembers the whirlwind of emotions throughout the playoff season.

“No one expected us to go as far as we did, so every day in practice we were just busting our heads off,” Walter said, “just trying to buy seven more days with our team.”

This Friday, the team has a chance at revenge; this time on Prospect’s home turf, rather than an hour away in the southside of Chicago.

Walter thinks that this home field advantage will be able to help his former team in a multitude of ways. The fact that the Knights are playing at home will help the community come together and support the team, according to Walter. He also knows that this year’s team has an extra fire and passion in them due to last year’s loss.

“[Last year’s] juniors traveled to St. Rita and saw how much it hurt to have our season end,” Walter said, “I know they will have that drive and little spark underneath them to make sure they dont have the same ending that we did.”

As for the fans, this is a highly anticipated game. Many members of Prospect’s student section, the Underground, are highly competitive and have expressed their desire to get back at St. Rita, and prove Prospect as the superior team.

“To be so close to your ultimate goal of playing for the state championship and coming up a little short was tough. It was definitely an emotional night for the seniors [class of 2021],” DeBoeuf said. “[the loss] was something that motivated us during the off-season and carried over to where we are now.”

While many may see Friday night as a monumental game, DeBoeuf wants to make sure that the team still remains in the same mindset they’ve had all year.

“Sometimes you fall into that trap [of changing your mindset] in the postseason games because it is either win or go home,” DeBoeuf said, “you still have to approach the game just like any other, one play at a time, and enjoy the experience.”