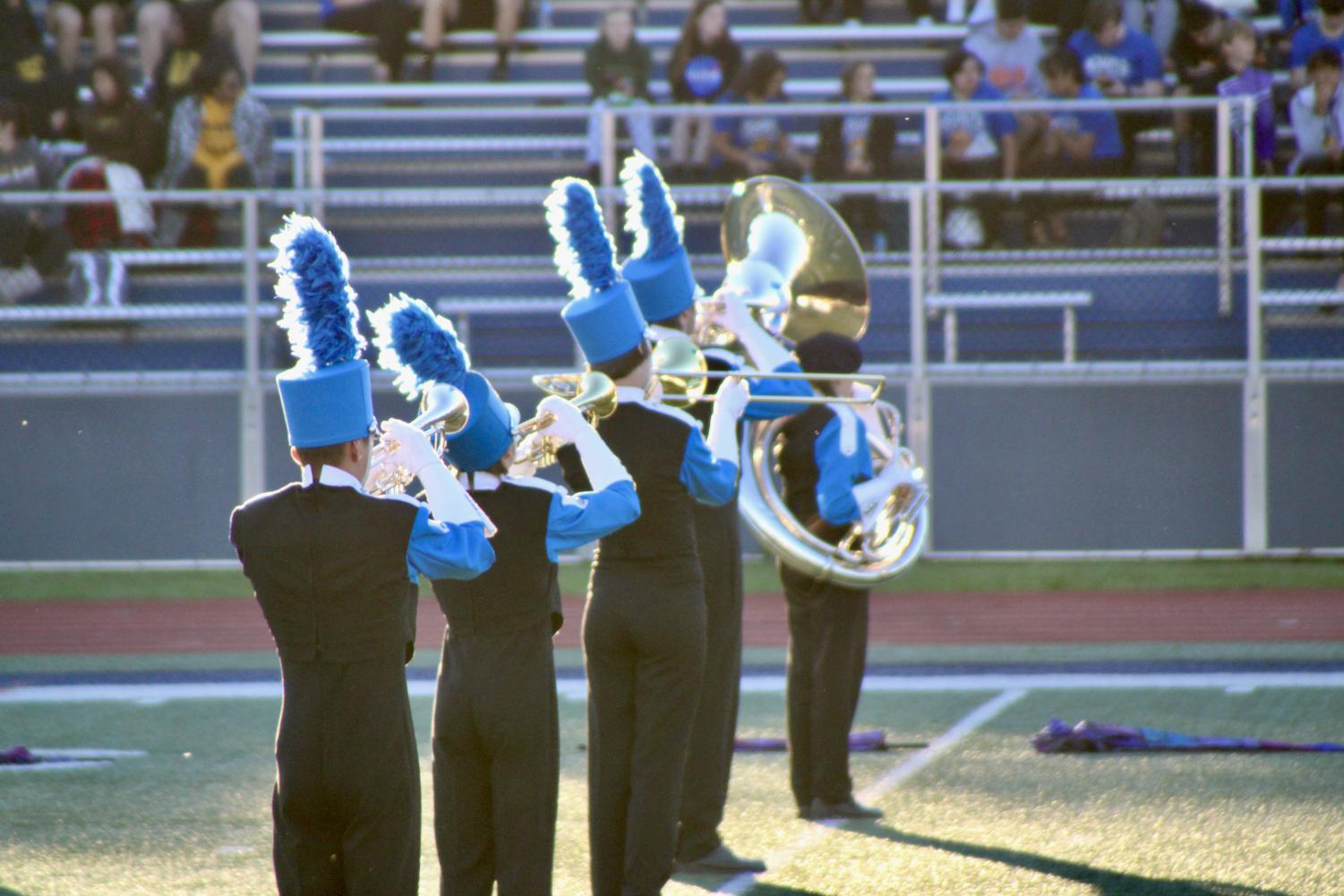 A section of the band performs at the Knight of Champions competition on Oct. 1 (photo by Juliet Aquino)

A section of the band performs at the Knight of Champions competition on Oct. 1 (photo by Juliet Aquino)

The Marching Knights competed at the finals for the Illinois State Marching Band Championships on Oct. 22; however, in spite of this being their final competitive performance of the year, the band’s energy was anything but gloomy.

“When we came off the field after the final show, the students were electric; they were just so excited about this performance they had just had,” band director Chris Barnum said. “They were just … talking about how great it was and … that was a really special moment.”

In addition to their third-place result at the Illinois State competition, in which they also placed first in the 5A field, the PMK finished third at the Bands of America Super Regional in St. Louis in Class 3A on Oct. 14-15. They were also Grand Champions at the Chicagoland Marching Band Festival in Class 3A on Sept. 17.

This year’s production was called “Masquerade,” with the show embodying the dynamic of a performer struggling with the “mask” they wear while onstage and the constant pressure to perform in front of others. Barnum says that the process for choosing an annual theme is very collaborative, with this year’s choice being inspired by pieces such as “Vesti La Giubba” and “Send In the Clowns.”

“It’s kind of about … the idea that, as a performer, any time you’re under the lights you’re expected to be ‘on,’ but maybe that’s not exactly how you feel,” Barnum said. “Now, does all that get portrayed in marching band? I don’t know; it’s hard to say, [but] at the same time, we try to play really great music and march well.”

The show underwent several collaborative changes throughout the season, with ideas and criticisms from judges and band members alike helping to shape the final version of the piece in order to communicate its central message and impress audiences.

The piece wasn’t the only thing within the band that underwent changes, however; senior drum major Emily Depaz says that the group truly banded together over the course of the season to shape their overall excellence.

“It’s hard to unite such a big group of people and have one goal, and I think by the end of the season, everyone was just so into it,” Depaz said. “You can really feel the passion from how we played our music, and I think that’s just what really helped us get our success competition-wise.”

Additionally, Barnum says that, in spite of the bittersweet feeling of knowing that the band’s large group of seniors will graduate at the end of the year, having so many upperclassmen was rewarding for the group’s overall culture.

“There were so many students who really just worked hard to build those connections,” Barnum said. “They know how to have fun, but also how to work really hard and how to combine those two things.”

One way that the group was able to have fun was through spirit days, in which members would dress up for certain themes, such as tropical day, twin day and more; on the day of the last rehearsal, everyone even decided to wear their Halloween costumes. These themes, along with other events and competitions between sections, built relationships and helped the band improve, the true indicator of a successful season in Barnum’s eyes.

“Our goals are kind of similar every year, and they don’t really have anything to do with placements or awards, they really don’t,” Barnum said. “Our goals really are always about getting the most out of our show that we can, putting on the very best product we can [and] improving over the course of the season … They’re really about who we want to be as an ensemble.”

The band will be performing again during its trip to Disneyworld in Orlando, Fla. at the end of the month, where they will attend a clinic in addition to enjoying the various attractions. However, Depaz says that most of all, she’s excited to show off the band’s capabilities in a brand-new environment.

“We get to perform in front of the big castle and have a different audience,” Depaz said. “I think it’s really cool when we get to put our band out there and show what we can do and the music we can play.”