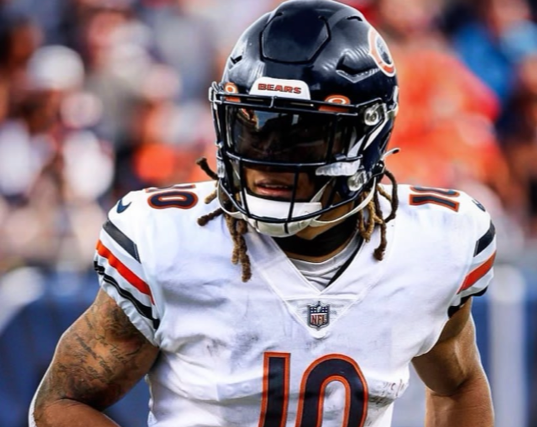 The NFL trade deadline had no shortage of excitement as 12 players were moved over the course of 10 trades. Many star players have already been seen in some new threads and it will be interesting to see how players such as Roquan Smith, Bradley Chubb, and Christian Mccaffrey do with their new teams for the remainder of the season. With all the teams reaping the benefits of new players and draft capital it’s only fair to name the Top 5 Winners of the NFL trade deadline.

1.The Baltimore Ravens: The Baltimore Ravens traded a 2023 second round pick, 2023 fifth round pick, and linebacker AJ Klein for Bears linebacker Roauan Smith. Smith has been in contract disputes with the Bears since the offseason and did request prior to the season. Although he did rescind that request, a trade did seem imminent. The Ravens have yet to extend Smith as he is a free agent after this season and Smith does hope to net a record-breaking linebacker deal this year. During his tenure with the Bears, Smith has been named to the second-team all-pro twice. He’s now joining a Ravens squad that has hopes of reaching the Super Bowl within the next few years and is a great addition to the defense.

2. The Minnesota Vikings: The Minnesota Vikings are far and away the best team in the NFC north sitting at 7-1 and have added another dynamic pass catcher to this offense by going out and receiving tight end TJ Hockenson, along with two 2024 fourth round picks from the Detroit Lions for a 2023 second round pick and a 2024 fourth round pick. The Vikings now have one of the best supporting casts in the league for quarterback Kirk Cousins and Hockenson joins wide receiver duo Justin Jefferson and Adam Thielen. The Vikings look poised to win the north with ease and make a deep postseason run.

3. The Miami Dolphins: The Miami Dolphins and Tua Tagovailoa have gotten off to a strong start this season. The Dolphins went out in the offseason and traded for receiver Tyreek Hill who is on pace to break the NFL record for receiving yards in a season. The team went out at the deadline and traded a 2023 first round pick, a 2024 fourth round pick, and running back Chase Edmonds for Broncos pass rusher Bradley Chubb and a 2025 fifth round pick. The Dolphins also gave Chubb a five-year $110 million contract extension. Chubb will be a great addition to that Miami front seven as their playoff push continues. The team also traded for 49ers’ running back Jeff Wilson Jr. who creates a nice back field duo with speedster running back Raheem Mostert. Wilson Jr. is a solid addition to the offense and Chubb will be a cornerstone for this defense for years to come.

4. The San Francisco 49ers: The San Francisco 49ers sent their 2023 second, third, and fourth-round picks as well as a 2024 fifth-round pick to the Carolina Panther for star running back Christian McCaffrey. McCaffrey is a dynamic pass-catching running back to a high powered offense. Head Coach Kyle Shannahon will have his hands full scheming up plays for his new offensive weapon. McCaffrey joins an offense with pieces like tight end George Kittle and receiver duo Deebo Samuel and Brandon Aiyuk. The 49ers now have a running back that can line up in the slot, and a wide receiver that can also play as a running back, which will lead to many interesting and creative personnel sets for the 49ers offense. I’m sure McCaffrey will fit perfectly into the high powered offense that hopes to make the playoffs.

5. The Chicago Bears: It’s no secret that the Chicago Bears needed to add more pass catchers to help out second-year quarterback Justin Fields. The Bears did just that by sending a 2023 second round pick for Pittsburgh Steelers wide receiver Chase Claypool. A second rounder may have been a reach however this seemed to be the Steelers pouncing on the opportunity to strike a deal with a receiver-needy team. I think Claypool is a great addition to the Chicago receiving corps and will form a nice duo with receiver Darnell Mooney. Claypool does come in at 6’4″ and has the ability to win contested balls and will be a great addition to this young offense. Claypool was lost in the surplus of receivers with the Steelers and will have a bigger role with the Bears giving him the chance to thrive.