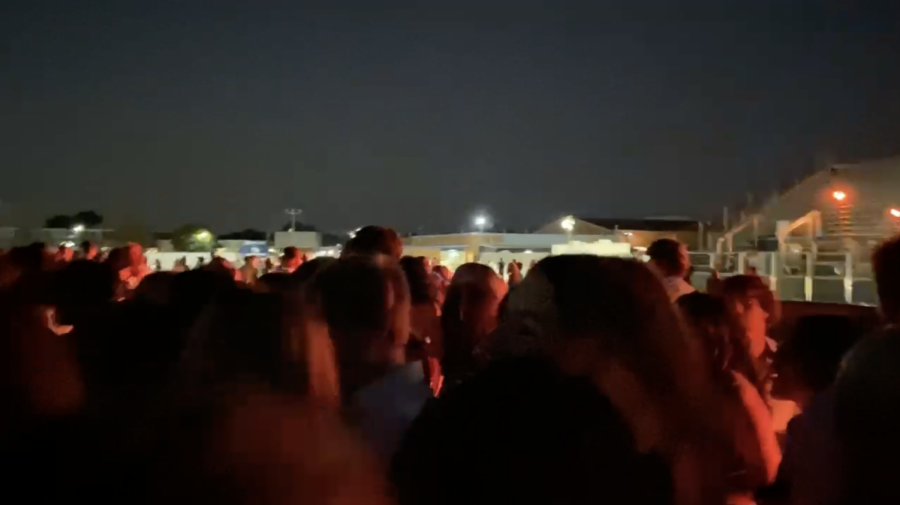 Among the darkness and loud music at Prospect’s homecoming dance on Sept. 18, junior Ursula Johlie was dancing with her friends when she saw a male student turn to face her then rub up against her. This interaction made her feel uncomfortable, but she didn’t know how to react to the situation at that moment. At first she assumed that it was an accident until she came to school the next Monday and talked to other girls about their experiences both being sexually harassed and assaulted.

Johlie has heard from other girls instances of them being cat-called and even being grabbed inappropriately. Especially because her personal situation was not at the level of assault, she finds herself second guessing if it was harassment.

“I think it’s really confusing to not be able to tell yourself what happened. And I think that’s a really hard thing to go through … because we automatically assume that it’s an accident,” Johlie said.

The first report of sexual harassment and assaut to Prospect was made by a couple of girls to resource officer Lisa Schaps as they were exiting the homecoming dance. On that Monday morning, Prospect’s administration had a meeting to discuss the events that unfolded. A couple of girls came to talk to administrators, and a handful of parents voiced their concerns, according to Principal Greg Minter.

Minter says that this has never happened before, and he wishes the supervisors of the dance were told sooner so that they could have done something to stop it. Teachers anticipated misbehavior such as throwing water bottles or even fighting, but they did not expect sexual misconduct to be a part of the dance.

Johlie noticed that many supervisors at the dance were located in the parking lot outside the dance rather than inside, which she assumed was because they were more concerned about drug and alcohol use, however, it left her and other girls feeling uneasy inside the stadium.

“We were really prepared very well to provide students with academic support, tutoring … social [and] emotional stuff coming back to school. You know, I think we’re really prepared for that, but what we weren’t prepared for is this kind of antisocial behavior,” Minter said. “And we have a responsibility now… [to] help these kids to learn how to behave and manage themselves.”

In the meeting with other administrators, Minter discussed how to move forward. Because so many of the girls were not able to see who specifically attacked them because it was so dark and crowded, administrators are looking at educational courses of action. One idea mentioned was to bring in a guest speaker to discuss the effects of sexual harassment and assault to each grade level.

“It’s just so disgusting … and we have a responsibility to do something … I don’t want people to think that we are just sweeping this under the rug because we won’t,” Minter said. “It’s not ever going to happen again; I’ll guarantee you that.”

Johlie thinks that having more facilitated discussions about the topic in class would be effective because the following week after homecoming, her gym teacher allowed them to spend the 80-minute period to talk about the sexual harassment events from the dance. She thinks there is benefit in bringing awareness to the issue and not just having women talk about it.

“I felt relieved [after discussing it in class] because I didn’t know how strongly other people felt about it,” Johlie said. “It was pretty disgusting to hear that people were violating other people at the dance, and I’m honestly hurt a little because of all the things that have been happening in this past week with the vandalism and then now this. It was truly like a moment where I was like, ‘Wow, this isn’t Prospect.”