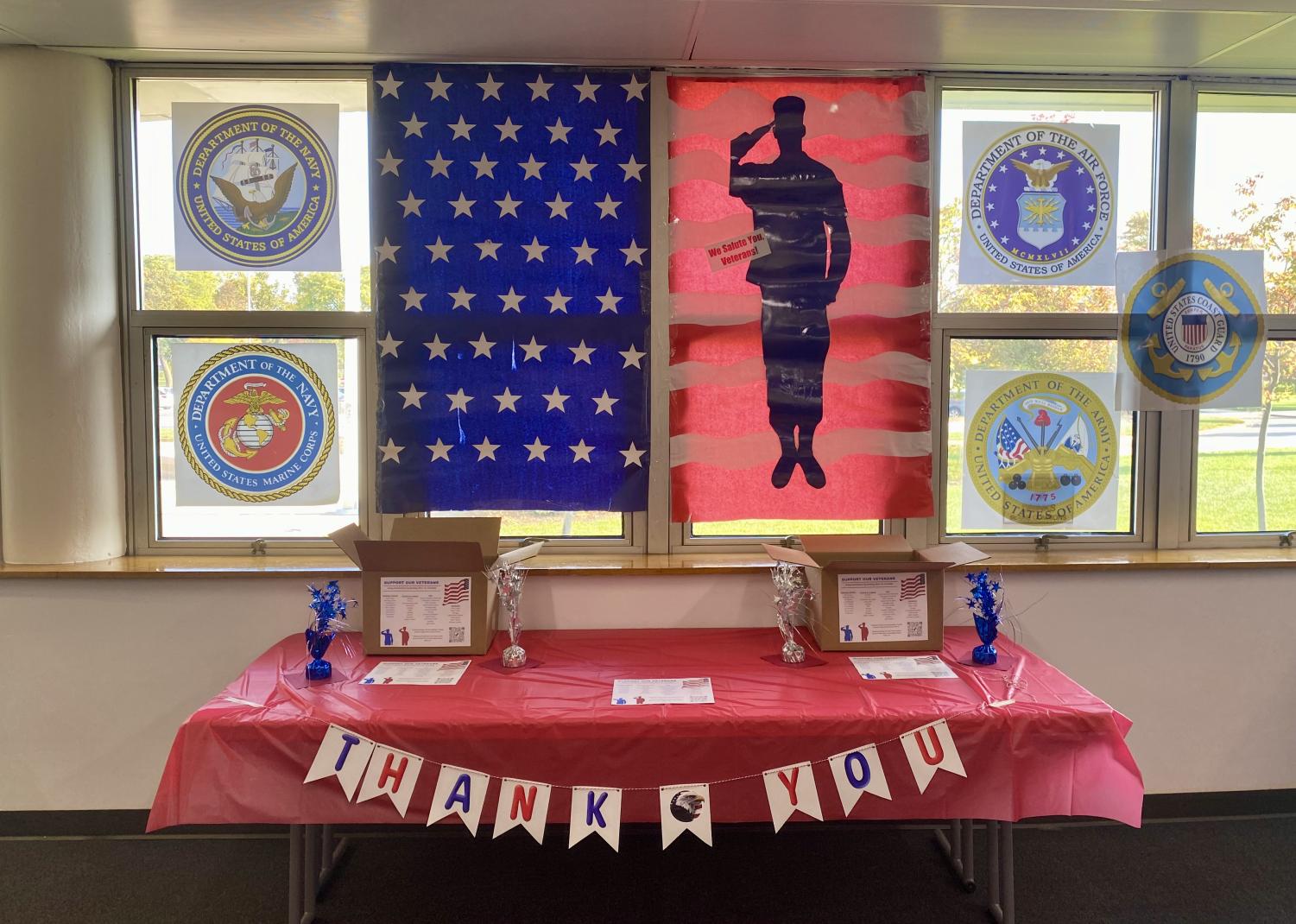 A display to advertise the Veterans Drive now sits in the commons alongside two boxes that students and staff can place donations in. See below for a full list of items that can be donated. (photo by Kevin Lynch)

A display to advertise the Veterans Drive now sits in the commons alongside two boxes that students and staff can place donations in. See below for a full list of items that can be donated. (photo by Kevin Lynch)

Prospect’s Veterans Drive will be experiencing a significant change this month in its second year as an annual service event. The drive, which began this week on Oct. 10 and will run until Oct. 28, was moved up from its original date in November after its first year of existence last year.

This original date was set because the drive is meant to celebrate and support veterans around the same time as Veterans Day on Nov. 11; however, according to Social Science and World Language Division Head Tina Athanasopoulos, running the drive at this time created some confusion because it overlapped with ASB’s annual You Got Gobbled Donation Drive.

“The only thing was the timing,” Athanasopoulos said. “ … Some teachers were like, ‘Well, which one do I donate to?’; we wanted to avoid that.”

However, outside of its earlier runtime, Athanasopoulos says, the event will be run the same as it was last year. The drive partners with the organization Military Outreach USA to help provide move-in essentials to displaced veterans and their families as they transition into a new home with the aid of the program. 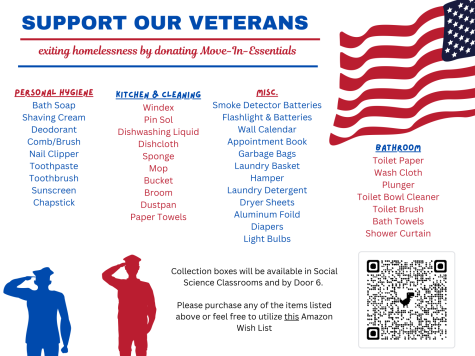 The primary method through which students and staff can donate items is through boxes placed in social science classrooms as well as in the commons, which will be collected at the end of the month and added to a large storage pod that will sit outside the school — most likely in the parking lot — before the pod is delivered to a warehouse for distribution.

Students are not necessarily required to purchase items themselves, however: last year, Athanasopoulos’ class gathered money from willing students and then designated a handful of students to go and purchase the items with the overall money collected.

This approach can even be taken a step further through the use of an Amazon registry that allows people to purchase items online that will ship directly to Prospect for donation. The ease of using and sharing the link or QR code, Athanasopoulos says, made the registry a popular system in last year’s drive and made donating accessible to community members outside the school.

“The link worked out great because it’s efficient and easy and someone can sit on their phone [and donate],” Athanasopoulos said. “ … I think a better deal would be going to the dollar store and shopping and making your money go further, but … people still have an option of what to buy with different prices [on Amazon].”

A link to the online registry can be found here, as well as in the upcoming newsletter, in Schoology updates and through QR codes posted on various signs and posters throughout the school.

The Veterans Drive is hardly the only donation event occurring within the next several months; ASB’s theme for second quarter, “Provide,” encompasses several upcoming service drives, including the aforementioned You Got Gobbled Donation Drive occurring next month, Winter Week in December and more. For a full outline of the various upcoming events corresponding to this theme, see the infographic below.

These events, alongside the school’s annual day of service, Prospect Gives Back, which took place on Oct. 1, are meant to encourage Knights to give back to the community over the course of the remaining quarter.

Athanasopoulos feels that it’s important for students to take part in these events; in particular, she hopes that the Veterans Drive will help students realize all that they take for granted and give them an outlet to support those who have served, support that she says can come in many forms. Athanasopoulos even says that the person who provides and delivers the storage pod does so free of charge because of their connection to the military.

“I like that a whole quarter can be designated to service, but I think I would want students to realize that service is something that you can do for a lifetime,” Athanasopoulos said. “ … There’s always different ways that someone can connect to giving back.”